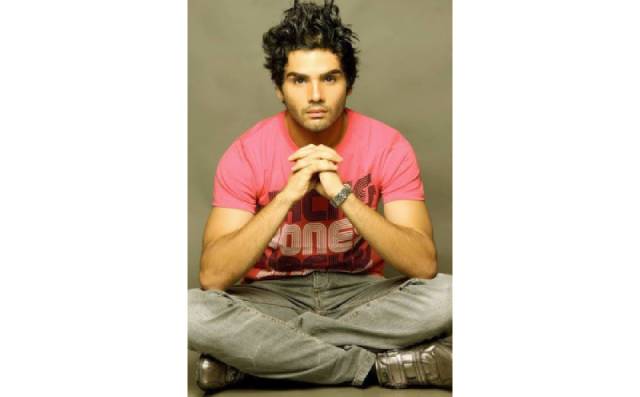 Across the world, we may come to know many success stories in different industries and fields. Ever wondered what are those things that have helped people attain this level of success even after facing much competition? Well, nothing beats persistence, says Reza Khan, aka Reza Cage, a name that is being talked about much in the music industry for the passion and determination this youngster has shown to excel beyond limits as a music producer. Reza Cage as he is fondly known across the industry is a star cousin, related to ace Bollywood actors Fardeen Khan and Zayed Khan.

Since the beginning, if anything that ever attracted the most this big-eyed boy, then it was the music space. It was then that he decided that he would create a unique name for himself in the vast Iranian music industry. Reza Cage is an Iranian National, working in India as an OCI. “For me when a person works with consistent efforts powered by the passion the person feels for a certain niche, nothing or nobody can stop them,” says the young talent in the music industry.

The recent track he has created is already creating a rage in the music industry. As a gifted music producer and entertainer in the Iranian music industry, Reza Cage is gradually moving to the top. With his latest song, he has collaborated with the Indian composer and music producer Sanjeev Thomas, famously known as Sanjeev T, who has worked with the legendary AR Rahman as a lead guitarist.

In a very short period, Reza Cage has already become a prominent personality and has earned a massive fan base. What’s even more interesting about Reza Cage is that apart from his passion for music, he radiates great brilliance as an actor and also as an MMA fighter. Whether it is being the talent behind a melodic track or the talent and passion onscreen or taking down his opponents in the ring, Reza Cage has done it all, which has catapulted him to the top of all these industries and has turned him into a leading entertainer.

He confesses he has been highly inspired by Ricky Martin and Carlos Santana in music. Reza Cage believes that one must never stop learning and perfect the art to become a more proficient musician. When one runs towards achieving that excellence, one can create magic. The recent collaboration of Reza Cage and Sanjeev T has already thrilled fans and followers. Reza Cage specializes in Rap music, R&b, Pop.

In fact, Reza Cage can’t hold his excitement for a pop song in Hindi, which will be releasing shortly. Looking at the buzz, this youngster has created, earning an increasing number of followers on his Instagram; we won’t be surprised if he reaches the top of the music game soon. To know more, follow him on Instagram @rezacageofficial.

Innovation is Newsopreneur and Harsh Vardhan is killing it

Will Rivera “A successful ecommerce expert in the Atlanta Georgia”.