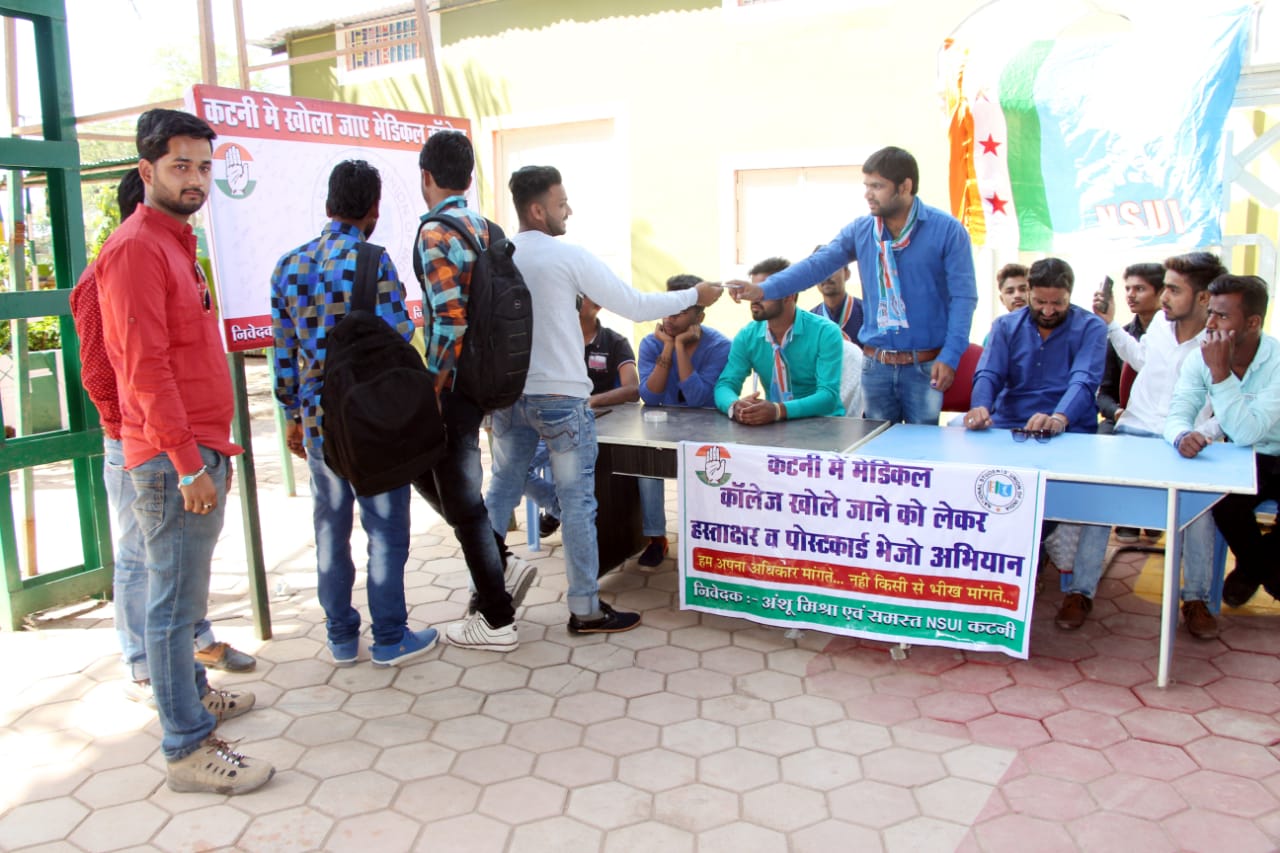 As the global pandemic COVID19 is spreading,In such a situation,one thing is clearly proved that concrete steps are needed to improve health services.Congress leader NSUI National Coordinator and Katni District President Divyanshu mishra anshu,who has won the title of Best District President in Madhya Pradesh for a long time active in student politics, said during his discussion that his residence district Katni,Madhya Pradesh was among the leading list of tax paying districts of the state. Coming,the district has been demanding for a long time the establishment of a medical college in Katni by social organizations, political organizations and common people.This demand has also been raised by the NSUI.Demand was being raised through demonstrations,signature campaigns and other means.On the said demand, we surrounded the SDM office with thousands of colleagues,then raised the demand to almost 10,000 from almost every college in the district. Sign with more students A signature campaign was organized by NSUI,the then Higher Education Minister Umashankar Gupta raised the demand for establishment of a medical college in association with the members of the NSUI organization.Katni district comes in the major railway junction of the country,due to the establishment of medical college here, people of many neighborhood districts will get relief. And the students going to distant medical studies will get relief from the economic burden. Had the people of Katni and nearby districts been able to get treatment easily and many would have survived. The state government should start preparations for the third wave of CORONA in advance and start the process of setting up medical colleges in Katni without any delay.