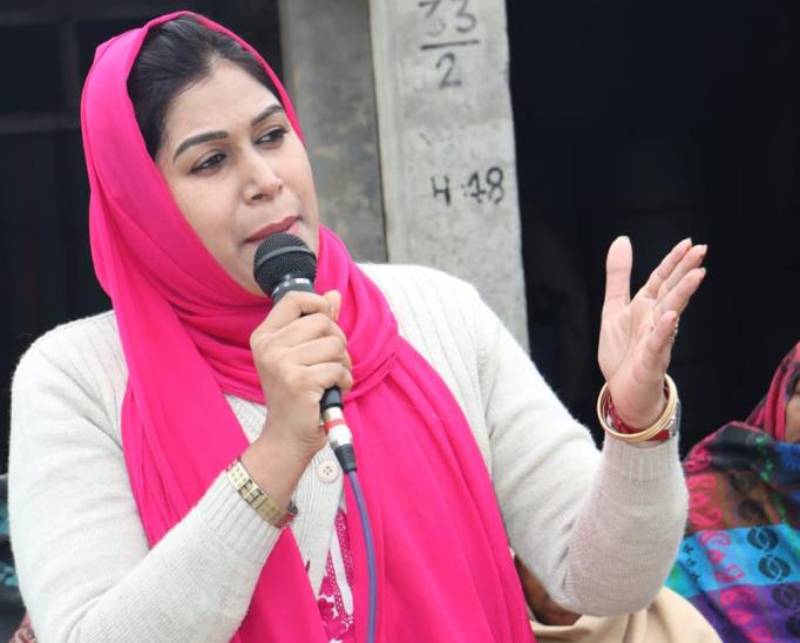 A brave women Saista Pravin (Zeba Khan) who actively participated in NRC and CAA protest and Kisan aandolan and was also awarded with a title of “Star Campaigner” And “Spokes Person” at Punjab by the party “Sanyukt Samaaj Morcha”.In an interview with her, she speaks about her thoughts and work she did for the underprivileged people of our society. Her organization ”Ek Kadam Aapke Sath” mainly work for the underprivileged people. Her organization works regarding education of the poor people, helping them with their necessities like eating stuffs, blankets during winter and many more.

During Covid-19 time she gave her best to help the needy people by distributing oxygen cylinders to them and by many other ways she helped the people by her good deeds. She had also participated in various debates on National channel.  When she was asked about the problem which came in her way of social work she says that as a daughter, wife and a mother her role for her family was some how compromised because of the lack of time and her busy schedule. But she handled everything by very positive attitude and considered every problem as a part of her life.

She get to know her potential and capabilities and worked towards it. when it comes to her biggest fear as an activist she said that, “Harmony is a soul of our nation”, India is known for its “unity in diversity”, so, the unity and the brotherhood of our nation should not get effected by people’s bad politics and actions. Politics has its own place in our country but it should not effect our Indian culture in any ways.

when asked about the particular thing she is proud of in her work, she said that her ability and her brave nature of speaking up against the atrocity and questioning the government for their wrong actions, all these things make a strong opposition which in her view is a very important thing. When asked about joining the politics she said, that if she will get a chance in future she would definitely like to join politics, so that it will become easy for her to work for a society being in a power.

when asked about the kind of party she would like to become a part of , she said that a party which has a secular thought, a thought in which the public of our nation resides perfectly, a party which strength our nation, our democracy and promote the unity and brotherhood of India.  She likes the concept of ”Satyagraha”. The main  Objective of Satyagraha is to ”eradicate the evil or to reform the opponent”. Her brave and positive nature towards life is something we should must know about her.

Australia PM Anthony Albanese Declares His New Cabinet; Who Are The Ministers?