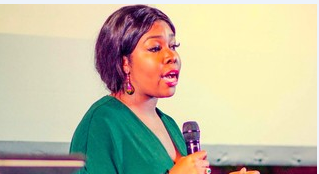 They spent almost two hours in Whitehall before holding a minute’s silence near parliament in memory of PC Keith Palmer, who was stabbed to death by a terrorist in 2017, before moving onto the bridge.

Sandy believes that you cannot be a true advocate for young people if you don’t get involved in the major issues which affect their lives. Recently attending an APPG discussion on knife crime, Sandy sat alongside rapper and television personality Professor Green to evaluate policies and programmes aimed at reducing knife crime.

Sandy frequently partners with other organisations to try to gain a better understanding of the root causes of knife crime, youth violence. Sandy continues to be involved in campaigns established to tackle knife crime.

The action came after extensive disruption caused by a seperate climate change protests, which has seen environmentalists on the Tube network, at Parliament Square, Waterloo Bridge, Oxford Circus and Marble Arch.

Sandy, one of the organisers of #OperationShutdown said in a statement the government had “yet to give this crisis enough care, or the proportionate attention it deserves, or allocate substantial measures and funding to effectively tackle this head-on, as a matter of emergency – hence we demand a Cobra now.”