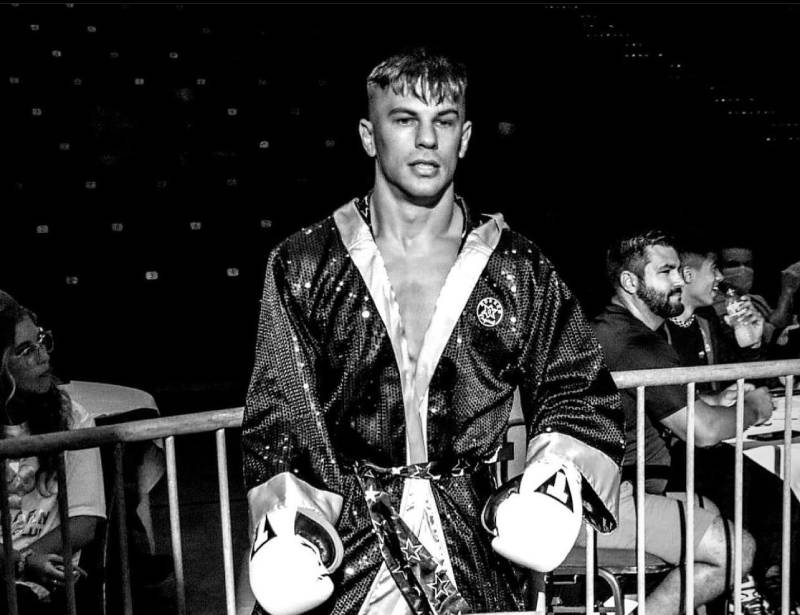 Aradoaie Eronim was interested in being a boxer since he was 12 years old. He adopted the concept of Working hard because becoming a pro boxer is very difficult. Aradoaie Eronim marcel or golden boy as his fans call him remains undefeated in professional boxing – recently he added another victory in the record reaching 10 fights won, and 0 lost, Aradoaie Eronim works to win the strongest belts in the world, he signed 2 years ago at one of the most famous boxing gyms in America, at the 5 st gym trained by Dino Spencer. Aradoaie was born in Romania, he is 28 years old and he practices boxing at the age of 12, he has almost 180 fights in his amateur record, he has won 150, Aradoaie is very talented and works hard to win the best belts in the world.

Aradoaie has trained himself hard to develop his strength, win repeatedly at the amateur level, and kept his body in tremendous physical condition. The majority of his professional life is spent in the boxing gym. He competes in hand-to-hand boxing matches in an attempt to win belts and titles, often in front of screaming fans.
It sounds glamorous, but in fact, each fight means a lot in a boxer’s life. Aradoaie’s coach is Dino Spencer who’s Taught him unique skills and how perfectly Aradoaie has adopted his concepts. He is also the National champion of Romania and is undefeated with 11 fights/10 wins and 0 losses.

He dreams to be the world’s best fighter. He’s an Amator Fighter too and has won over 130 fights out of 150 and is today the big name which is Undefeated.

It has absolutely not been easy for him to be where he is today. He has definitely put in all his time and effort to be in the position where he is today. His hard work has paid off and he could be an inspiration to never give up no matter how many times you fail we wish this talented and undefeated personality a great future ahead.