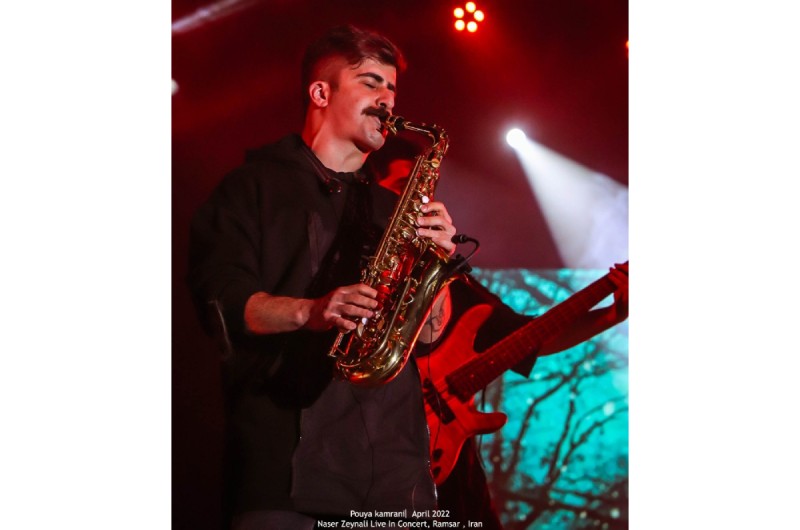 Sound recording before performing live music or playing a movie is called playback, in fact, the person in question (singer) or the musicians only perform on the sounds that have already been recorded.  Sometimes this happens to increase the quality as much as possible in various performances such as concerts, theaters, etc.

The concept of playback in Iran

The meaning and concept of playback among Iranian singers and musicians as well as the general public are a little different and have other meanings and concepts.  In the popular sense, playback means a song without words and playing again a piece of music that was previously performed by another singer or artist, and another artist (musician or singer) sings or plays an instrument on it.

In fact, none of the mentioned concepts, either in terms of the global definition or in terms of their popular meaning in Iran, is not an ugly and immoral behavior (about the re-performance of a song or a piece of music), but unfortunately, until today, it is too much  This part of music has not been addressed, and maybe if this work is done professionally and based on rules and principles, it will be very enjoyable for the listener.

In fact, the main reason and cause of this case, which has caused negative opinions and thoughts in this direction and placed playback in a low rank in terms of musical and artistic value, is the low quality of this part of the music produced by some artists.  Unfortunately, the quality of these pieces is sometimes so low that the audience should be given the right to hate them and not be interested in listening to them.

What features should the playback (wordless song) have?

Maybe it has happened to you that you have enjoyed re-playing a piece of music with one or more instruments at a small gathering or a luxurious and large party, which in fact is quality playback.  A good playback has a direct relationship with a good arrangement (orchestra and instruments) and the more this arrangement is more basic and according to the rules of music for that piece of music, the more attractive and pleasant it will be for the audience.

Playback should be exactly like a newly made song that has been adjusted with patience and science and the rules of harmonies and frequencies of instruments and…  It is music and it has a low quality to differentiate and make a difference.

Another factor that greatly affects the quality of the playback pieces is sound recording and mixing and standard mastering, which is very effective in the quality of the output of the final product (a tuned piece of music).  In fact, if a piece is even well arranged and all the rules and regulations related to music arrangement are observed in it, but if it does not have a good mix of sounds and leveling of each instrument and finally proper mastering, then that piece is of low quality.  and it will be annoying for the listener due to inappropriate sound output.

According to the features explained in the previous parts, we realize that if a piece of playback goes through its fundamental and professional process correctly, it is not only no longer inferior in terms of artistic, musical, and technical value, but also a complete waste of time.  It is technical, artistic, etc., and has a high value.

Unfortunately, it should be pointed out that 90% of the playbacks available in the market are classified as low-quality playbacks and have a low technical and musical rating.  Many playback pieces do not have the proper quality for performance due to the fact that they do not go through the process of setting the music properly and are not affected by mixing and mastering, and for this reason, most of the singers and musicians who use these playbacks they use affect the quality of their work and lowers the quality level of their performance. This is the reason why music is performed in many public places such as restaurants, joy camps, cafes, etc.  It can be annoying for listeners and people who are present in that place and cause people to be offended, and it is possible that the business unit will lose its customer just because of the poor quality of that dear artist’s songs.

Negative features in most of the playbacks available in the market: lack of continuity in the quality and sound level due to connecting the melody parts of the original song to the continuation of a low-quality arrangement that is usually played only with a keyboard arranger. An improper sound output that is  Many times it becomes annoying. Failure to properly arrange the great works of Iranian music history, failure to follow the rules and rules of music in arranging or re-playing a piece of music, lack of mixing and mastering of music pieces, and overcrowding in sounds.

So far, we have talked about the differences between professional and low-quality playback, and we have fully realized that if the silent parts (playback) go through the correct process, they are of great value both musically and technically.  The listeners of these pieces can enjoy the good quality of the performed music as well as remember the memories and nostalgia they have with the songs.

But good and quality playback include only one factor of a perfect artistic performance, a factor that is important but not enough, so to know about other effective factors in an excellent performance, see the next part of this article titled Player and  Features that this device must have.

Reviewing the music during the Corona crisis with Mahoor Afshar, an expert in this field.

SEVENTEEN’s ‘SECTOR 17,’ ‘_WORLD’ Tops on iTunes Charts Around The World and Breaks 1st-Day & 1st-Week Sales Records of Any Repackaged Album