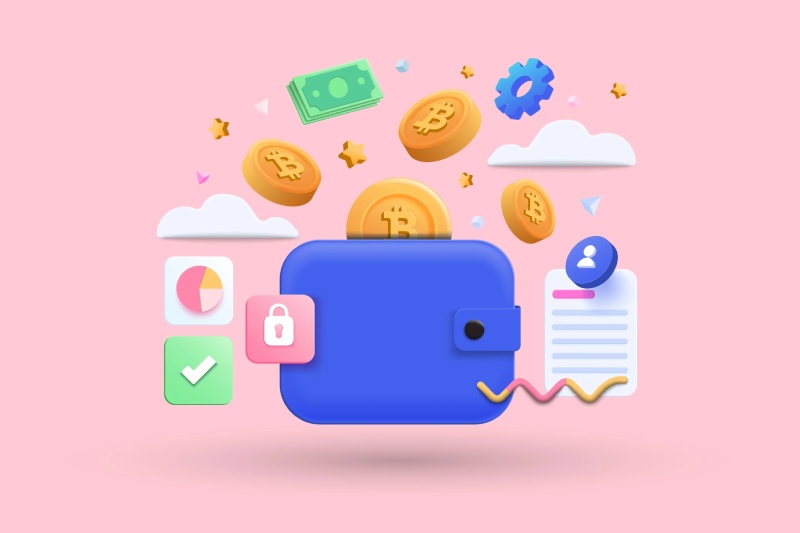 Ledger, a French crypto asset security firm, launched the product on Tuesday at the annual Ledger Op3n event. Due to Sam Bankman-Fried’s FTX’s demise, people are losing faith in centralized crypto platforms at the time of its launch.

It’s called Ledger Stax and looks like a small credit card reader or smartphone. It is roughly the same size as a credit card at 54 millimeters wide and 85 millimeters long. Additionally, it weighs less than an iPhone at 45 grams. Nonfungible tokens, or NFTs, as well as bitcoin, ether, Cardano, Solana, and other tokens can be deposited or exchanged by users.

According to Pascal Gauthier, Ledger’s CEO and chairman, Ledger was hoping to develop a more stylish and functional device with the Stax than the previous Nano S, which resembles a USB thumb drive more, and one that could win widespread adoption among crypto users.

The wallet is a credit card-sized device with embedded magnets so numerous gadgets can undoubtedly be stacked. A wraparound e-ink display on the outside can display transaction details and even NFTs.

After the collapse and asset freeze at centralized crypto exchange FTX and other crypto firms, it appears that interest in self-custody is picking up. As a result, Ledger has decided to launch a new hardware wallet.

The black-and-white E-ink display on the Ledger Stax is comparable to that found on Amazon’s Kindle e-readers. It likewise incorporates magnets, so numerous gadgets can be stacked on top of one another, similar to a pile of books or money — consequently the name Stax. It can be connected to a laptop via a USB cable or to a smartphone via Bluetooth.

He added that the spine of the display has a curved edge “so you can see what’s on each one, just like an old CD, cassette tape, or book.”

Is the iPod for crypto?

Fadell initially declined the opportunity to collaborate on Stax with the Ledger team. He stated, “This was not something I wanted to do. When they first approached me I’m like, ‘I don’t want to do it. No thank you.’ I was interested in crypto, I had crypto at the time but I’ve basically got a lot of other things to do.”

Later on, Fadell bought a few older Ledger devices. Similar to the situation with MP3 players in 1999, he discovered that people were confused about the devices.

He added that they were also difficult to use. According to Fadell, “It didn’t feel like it was ready for mass consumer, or at least early adopter consumer markets. Not just business to geeks, we had to go from business to consumer.”

The tech design guru — who previously co-founded the Nest smart thermostat before it was gained by Google in 2014 — then, at that point, decided to help the Ledger team.

He stated, “This reminds me a lot of the iPod.”

According to Ledger, the $279 Ledger Stax can be preordered starting on Tuesday and will begin shipping in the first quarter of 2023.

It is not the company’s first attempt to introduce a smartphone focused on cryptocurrencies and blockchain technology.

HTC introduced the Exodus 1, a mid-range phone with a crypto wallet, in 2018 during the so-called “crypto winter.” Finney, the company’s own phone with a “cold” wallet, was released by Swiss startup Sirin Labs. Also, blockchain platform Solana this year appeared with its own Android phone for “Web3,” named Saga.

Consumers have largely been resistant to using such devices.

He stated, “There’s no question about the need for security and there’s no question that we lead increasingly online lives. Instagram, Nike, Starbucks, Amazon — many companies are finding real-life use cases for digital assets. And so I think that we will grow with that.”

Not your keys, not your crypto

After the new breakdown of FTX into bankruptcy, crypto holders have looked for an alternative method for storing their digital assets. One is through cold storage, where a user’s private key — the code they need to access their account — is kept on a gadget that is not connected to the internet.

These offline wallets are less susceptible to hacks and failures. Ledger says that, to date, none of its gadgets have been hacked.

Sales at Ledger have increased as a result of concerns about the FTX collapse’s potential spread. After revealing that Alameda Research, the trading firm owned by Bankman-Fried, had defaulted on loans totaling $680 million from the company, BlockFi, a crypto lender, filed for bankruptcy last week.

Ledger CEO Pascal Gauthier told that November “will be our all-time high biggest month ever. All the news that you’ve seen since the beginning of the year, from Celsius all the way to FTX, has really pushed a lot of users towards self-custody.”

Ledger has sold more than 5 million devices to date.

Retail investors, on the other hand, are becoming warier, and a sharp decline in the prices of digital assets could be bad news for the company. According to a survey conducted by Bankrate in September, only 21% of Americans are comfortable making investments in cryptocurrencies. This is a decrease from 35% in 2021.

In fact, Ledger reported that Nov. 14, three days after FTX filed for bankruptcy, was the company’s best-ever day for device sales, while the day before was its second-best day ever. Additionally, November saw its highest-ever monthly sales.

Ledger said it has sold more than 5,000,000 hardware wallets in 200 nations since the organization was established in Paris in 2014.

During the holiday shopping season, when budgets are being squeezed by rising inflation, the Ledger Stax will compete with a slew of consumer gadgets, including Apple’s brand-new iPhone 14.

Pre-orders for the Ledger Stax can be placed on Ledger.com and will be accepted through the first quarter of 2023. It uses Bluetooth to connect to the mobile app on a smartphone and a secure USB-C to connect to the Ledger Live app on a laptop. Additionally, it will connect to Web3 apps by utilizing the upcoming wallet extension Ledger Connect.