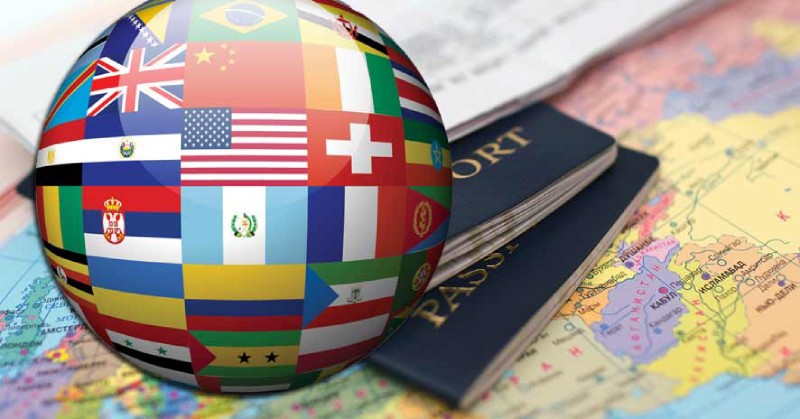 Whatever the reason, there are times when we yearn for a fresh start and wonder, if we were to migrate and start anew, where and which countries would be the most suitable? The following is a list of the ten best countries for the year 2023: These nations have been chosen because they provide investors and even tourists with opportunities and a high standard of living.

A country that provides the best work opportunities and lifetime investments as well as gives you the opportunity to rekindle life experiences.

Read on if you want to make a slight adjustment in your life and are looking for the ideal country where you can realize your goals!

The following is a list of the 10 best countries for the year 2023: These countries have been chosen because they provide investors and even tourists with opportunities and a high standard of living.

Canada is the world’s second-largest country, after Russia, thanks to its location on the North American continent and its size of roughly two-fifths of the continent.

Canada is proud to provide a setting where citizens are encouraged to respect its multiculturalism. Canada is known as a high-tech industrial country with a high standard of living and a significant exporter of minerals, energy, and food.

The Canadian passport comes in at number nine in the world.

Because it grants its holder the greatest degree of mobility between destinations, the Canadian passport is regarded as one of the most favored passports because it allows access to 184 destinations worldwide.

Japan maintains its place as the world’s third-largest economy. Japan is among the biggest producers of automobiles, electronic equipment, and steel worldwide. In terms of GDP and labor force, Japan’s service sector makes up the highest percentage of the economy.

Currently ranked fourth, the Japanese passport offers access to 189 international destinations and is regarded as one of the most desirable passports—along with Canada—because it offers the greatest degree of mobility between destinations.

In addition to being the birthplace of well-known sushi cuisine, more than a dozen UNESCO World Heritage sites can be found in Japan.

The World Bank, the Asian Development Bank, and the United Nations are just a few of the global organizations that Japan is a member of.

Germany has one of the largest economies in the world and is the country in the European Union with the most populated country.

The nation has one of the world’s largest economies and is in central Europe, bordering nine nations.

In addition to the agricultural and industrial sectors, the service sector—which includes tourism, communications, and health care—plays the largest role in Germany’s economy. Germany is one of the world’s largest importers and exporters.

Germany is a member of a number of international organizations, including NATO, the Organization for Economic Cooperation and Development, the European Union, the Group of Twenty, and the United Nations.

The power of the German passport has been positively reflected in the strength of the country and its relationships with other countries. With a German passport, you can enter 192 different countries without having to get a visa when you get there.

The strong economy of Switzerland is supported by low corporate tax rates, a highly developed service sector led by the financial services sector, and a high-tech manufacturing industry. Switzerland also has a low unemployment rate and one of the highest GDP per capita rates in the world.

The Swiss passport, which currently sits in seventh place and grants its holder access to 186 destinations worldwide, is regarded as one of the most desirable passports due to the highest degree of mobility it provides between various destinations.

The headquarters of international organizations like the United Nations and the International Committee of the Red Cross frequently choose Switzerland, particularly its capital, Geneva.

However, Switzerland did not join the latter until 2002. Additionally, the country is a member of the World Bank, the World Trade Organization, and the International Monetary Fund.

The Commonwealth of Australia consists of several islands and covers the area of an entire continent. It is a wealthy country with a relatively high GDP and an economy that relies on the export of goods and services.

Australia’s strong international presence has placed its passport in 11th place. It also gives you access to the Australia Business Innovation Program, which is designed for successful businesspeople who want to start a business in Australia.

The United States of America has developed military and economic power, and its cultural footprint has had a significant global impact across the world.

In terms of GDP, the US economy is the largest and most powerful in technology in the world.

The country is home to Harvard University and the Massachusetts Institute of Technology, two of the world’s best universities.

The United States of America has been the founding force behind organizations such as the World Bank, NATO, and the United Nations, and it frequently assumes the lead in international organizations.

According to the Reach Immigration Index, the American passport ranks sixth in terms of its strength because it permits its holder to enter 186 destinations worldwide without requiring a visa or a visa on arrival.

New Zealand is a country located in the Pacific Ocean southeast of Australia. Nearly a third of the population of New Zealand’s Zealand lives in Auckland alone, which is located on the North Island.

In the decades that followed its independence, New Zealand went through a period of tremendous growth and transformation. Dairy, sheep, beef, poultry, fruits, vegetables, and wine have all found their way onto this new export market.

As a percentage of GDP, the country’s education expenditures rank among the highest in the world. New Zealand has been a member of major international organizations since 1980, including the United Nations, the Organization for Economic Co-operation and Development, the Asia-Pacific Economic Cooperation, and the Pacific Islands Forum, and a leader in ensuring global peace and security.

At the moment, the passport of the country is ranked sixth.

The United Kingdom is a highly developed country and significant international influence in the fields of economics, politics, science, and culture.

The nation is located off Europe’s northwest corner; London, the nation’s capital, is one of the world’s most popular tourist destinations and a major international financial center.

A larger service sector that is responsible for a significant portion of the country’s economic expansion includes the banking and tourism sectors. Oxford, Cambridge, and Imperial College London are just a few of the world’s best universities that are located in the United Kingdom.

When compared to other passports, the UK passport is in a strong position because it allows its holder to enter 186 destinations without a visa or a visa on arrival.

Sweden is surrounded by Norway to the west and the Baltic Sea to the east, spanning the majority of the Scandinavian Peninsula. By area, it ranks among the largest countries in the European Union.

The country’s advanced infrastructure, transportation network, health care system, and university education contribute to its citizens’ high standard of living, as do its low tax rates.

Sweden is looking to expand its commercial markets and is experiencing a growing recovery. In the North Atlantic Treaty Organization, it is a partner. Additionally, it is a part of the World Trade Organization, the Organization for Economic Cooperation and Development, and the United Nations.

The Swedish passport, which ranks sixth in the Reach Immigration Index, entitles its holder to enter 188 international locations without the need for a visa or visa on arrival.

The Netherlands is a land along the western edge of Western Europe with a lot of windmills because it was built around water.

This developed, wealthy nation is known for its tulips and is a major agricultural exporter worldwide. The Netherlands’ open market policy and central transportation hubs contribute to maintaining the level of the economy.

It strongly supported NATO and the modern European Union, which it was a founding member of. The country’s strong passport ranks fifth and entitles its holder to enter more than 188 destinations without requiring a visa or visa on arrival.

Top 10 Most Powerful Passports in the World for 2023

Where is the safest place in the United States to live? The most peaceful country in the world to live