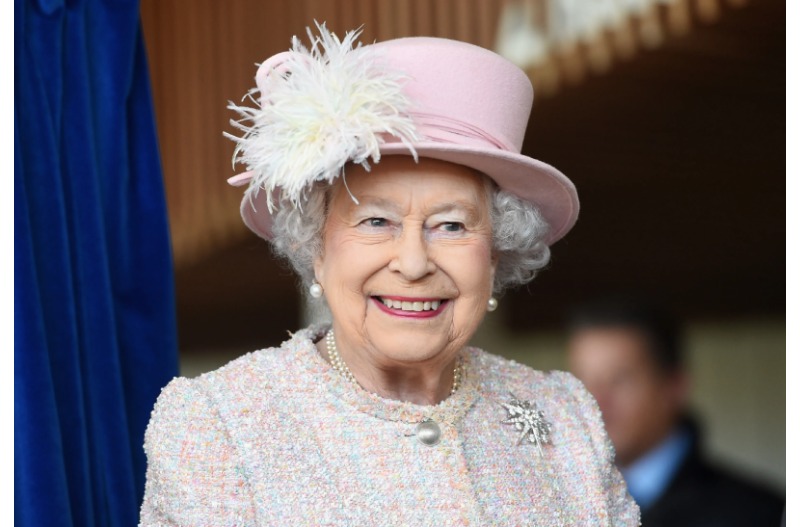 Britain’s Queen Elizabeth II is celebrating her Platinum Jubilee this year, which is the 70th anniversary of her rule as queen of the United Kingdom and its 14 Commonwealth countries.

Currently, the nation’s longest-reigning monarch — a landmark she came to in 2015 — Elizabeth is the first to celebrate a Platinum Jubilee. Events have been organized around the U.K. and Commonwealth nations to mark the event. Here is all that you need to know:

What is the Platinum Jubilee?

The Platinum Jubilee is the 70th anniversary of a British monarch’s reign, and Queen Elizabeth II is the first to reach the achievement.

On significant anniversaries like this one, celebratory events are organized across the United Kingdom and Commonwealth nations.

When is the Platinum Jubilee?

Elizabeth II became the queen on February 6, 1952, after the death of her father King George VI.

Most years, the sovereign spends the anniversary of her father’s death in quiet reflection at her Sandringham estate, yet this year she invited local community groups for a small festival and saw some Jubilee memorabilia.

Elizabeth’s formal coronation happened on June 2, 1953, so the significant Platinum Jubilee celebrations will begin on Thursday, June 2, and go on as the weekend progressed.

What events will take place?

On Thursday, the ceremony of “Trooping the Colour” will happen in central London. The traditional military ceremony became an annual event to celebrate the official birthday of the British sovereign during the 1700s.

British army regiments have their flags, or “colours,” which were used as rallying points in the war zone. As a feature of the traditional “Trooping the Colour” ceremony, the sovereign reviews her soldiers and is given an imperial salute.

The ceremony incorporates an enormous parade with more than 1,400 soldiers and 400 musicians joined by members of the royal family in carriages and riding a horse. There is then a flypast by Britain’s Royal Air Force, which members of the working royal family will watch from the Buckingham Palace balcony.

For the first time, beacons will be lit in the capital cities of each “realm” of the Commonwealth, from Antigua to Tuvalu.

On Friday, a service of thanksgiving will occur at St. Paul’s Cathedral in London, which all members of the royal family are supposed to join in. Then on Saturday, the queen and her family had planned to attend a horse race.

Saturday evening, Ed Sheeran and Diana Ross will be among the stars to play a live concert in the queen’s honor.

On Sunday, a great many individuals across the country host organized street parties, with support from the government, and an enormous picnic lunch is planned in Windsor, west of London, where the queen’s primary home Windsor Castle is found.

Will Harry and Meghan join the celebrations?

In May, it was affirmed that Prince Harry and Meghan, the Duke and Duchess of Sussex, were returning to the U.K. from their home in California to celebrate the Platinum Jubilee. They will bring their two children, Archie and Lilibet.

It was not clarified, be that as it may, what events they would join in. They were not expected to show up on the balcony at Buckingham Palace during the Trooping the Colour parade, as the queen has demonstrated that main royals undertaking official public duties would be there.

They were, be that as it may, expected to go to the service of thanksgiving at St. Paul’s Cathedral, as well as different events over the weekend.

Since their very public falling out with relatives a couple of years ago, Harry and Meghan are no more “working members” of the royal family, and subsequently don’t take part in official public duties.

How to Watch Trooping the Colour 2022

Grandstand tickets for Trooping the Colour were immediately offered out because of excellent demand to observe a piece of royal history.

Yet, spectators are luckily additionally ready to enjoy the atmosphere in person as the Queen’s Birthday Parade passes along its route between Buckingham Palace and the close by Horse Guards Parade.

Furthermore, large TV screens will be raised close to St James’ Park for people to watch the event.

Trooping the Colour 2022 will be broadcast live on BBC One, as well as live streaming the show online from the BBC iPlayer website.

A VPN will probably be expected to interface with a U.K. server, so it merits setting up this before attempting to get the Platinum Jubilee ceremony and display.

Trooping the Colour 2022 will see more than 1,400 parading soldiers, 200 horses, and 400 musicians meeting up in the traditional parade to mark the queen’s official birthday.

Why does the Queen have two birthdays?

Her second, ceremonial birthday celebration is traditionally set apart on the second Saturday in June.

The show of an official monarch’s birthday has been set up starting around 1748, during the reign of King George II.

George’s birthday fell in November, with the severe autumn weather conditions hampering his desire to mark the event with a large-scale public celebration.

He decided to consolidate his festival with Trooping the Colour, an annual military parade in the summer.

The Queen at first denoted her “official” birthday on the second Thursday of June, the same day as her father, King George VI.

In any case, she transformed it to its current position in 1959, seven years into her record-breaking reign.

The first week of June has been decided for the Platinum Jubilee weekend, very much like the Queen’s Golden and Diamond Jubilees, with the summer month offering a superior opportunity of good weather.

To make the four-day weekend, the late May spring bank holiday will be moved to Thursday 2 June, with the extra Queen’s Jubilee bank holiday held on Friday 3 June.

What bands will play at this year’s Trooping The Colour?

Music is traditionally given by the massed bands of the foot guards and the mounted Band of the Household Cavalry, along with a Corps of Drums, frequently with pipers, totally around 400 musicians.

Pipers joined by drums are a certainty this year, given the prominent part to be played by the first Battalion Irish Guards.

What music will they play?

This changes from one year to another, however, will invariably incorporate somewhere around two renditions of the National Anthem – one for the arrival in Buckingham Palace, one more for the end of the parade.

The actual parade, which includes at different stages slow marches and speedy marches, will most presumably incorporate such favorites as ‘The British Grenadiers’ (a ‘quick’ 17th-century march likely heard since the original Trooping the Colour), ‘Freedom of Windsor’, and the march from Meyerbeer’s Les Huguenots (a slow march frequently used at such events).

We may likewise expect the lively ‘Escort to the Colour’, given the Irish Guard’s honored place in the parade.

Trooping the Colour: History, Significance, and Traditions of the Military Ceremony