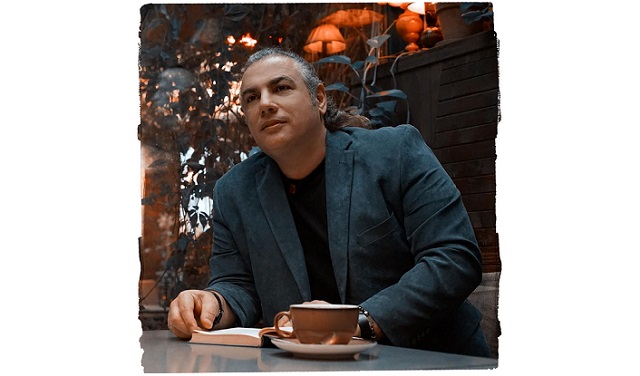 Mahoor with real name Bahram Mahoor Hansen Born on July 22, 1963.
Mahoor is a Persian and Norwegian, singer and musician with a long background in pop and classical music.
He was born in Mashhad, Iran, and ever since he was a small child, he was captured by the world of music. From a young age, he lived and studied abroad. During his travels, he always continued his education in theoretical music, solfege, and various musical instruments such as piano, guitar, and accordion. In addition to music, his studies included criminology along with time in Japan where as a young adult, he apprenticed under masters of Aikido and learned the art of the Samurai sword.

Mahoor has enjoyed working actively with various musical cultural departments since arriving in Norway and has dedicated his time to also teaching solfege, piano, and guitar. His students range from 5 to 60. It has been his deepest desire as a teacher to also use music as a healing tool, especially in helping children with various types of challenges in their young lives, in addition to adults who struggle with depression.

Singing and playing both Persian and English, classical and pop music has been a passion for Mahoor for many years, and for the past seven years, he has worked in cooperation with many talented artists from various countries. His albums and tracks are published globally through various social media platforms such as iTunes, Spotify, YouTube & Telegram, among many others

Mahoor has also begun to sing freely and more explicitly for democracy and freedom in Iran and against the dictatorship and cruelty because of the heart-breaking events that are affecting the lives of all Iranians both socially and politically, especially for those who live inside Iran.

Mahoor’s first album, Eshghe Bozorg (Great love) published in December 2016, was produced in collaboration with well-known poets and composers such as “Alireza Afkari” and “Saeed Zamani”. After the Album, Mahoor has published over 21 single tracks. Many of these quickly grew popular among the Iranian pop/ classical audiences, such as ‘Deltangi’, ‘Ey kash to’, ‘Pari’, ‘Mahe raghsan’ and ‘Bi-gharar’.

Mahoor’s passion and joy for music have always been a part of who he is. When he began publishing his own music and albums, he put together a group of highly talented Norwegian and French musicians. Mahoor has written specialized sheet music for his band, and for the last ten years has practiced with them to perfect the methods of performance in Persian pop and classical music together. It is inspiring for Mahoor to have the possibility to perform with people who have a passion to learn new songs from other cultures, and who not only feel and perform the music perfectly but who also conveys the soul of each song in their performance.

Mahoor’s band in Norway consists of the following musicians:

Both Mahoor and his band were thrilled by the wonderful reception they all received from both Persians and Norwegians in the audience, along with the feedback on his repertoire of both new and nostalgic meaningful melodies. Many approached and relayed their appreciation and admiration as it had captured their hearts when his songs had taken them back to treasured memories.

Mahoor was also honored by the interest of those who interviewed him before the concerts in February 2020 where he had a chance to share his heart with people.

Mahoor’s goal with his music has always been to extend the boundaries of international cooperation by spreading the message that this style is not restricted purely to a particular audience. He is the first and only Persian and Norwegian, pop and classical artist in Norway who has introduced and established this concept.

It is his deepest desire to continue to present his cultural art and to spread his messages of hope, love & liberty by giving concerts and live performances not only in Norway but throughout Europe and worldwide.

How Taya Miller Blew Up On Social Media