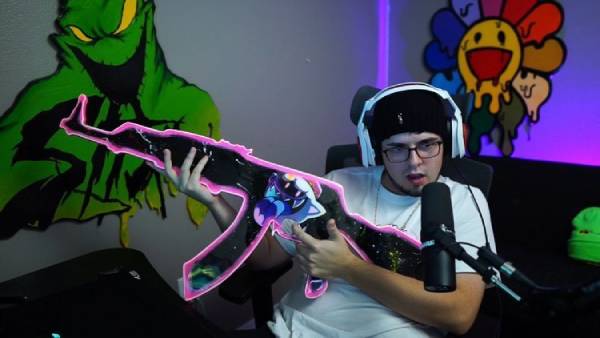 When it comes to building an actual community off of their virality on TikTok, one influencer by the name of BlickyStix aka Stix shows insane results with followers surpassing 590k. Starting out by making Call of Duty gaming clips on TikTok slowly evolved into a growing community that is now flourishing and continuing to get bigger.

Growing up a winner

BlickyStix grew up in the small town of Hermiston, OR, and has played games basically his entire childhood. He has always been competitive and extremely good at video games. He would play all sorts of games growing up and would always tackle anything he was playing and pick it up extremely fast. He went on to eventually start playing every day during his last year of high school due to an injury that led him to start posting gaming clips and even streaming which essentially grew up to the audience he has today. It wasn’t easy building what he has and he still considers it nothing compared to what he is shooting for. With aspirations of becoming an established content creator in all aspects of social media in general. His start in the call of duty TikTok sphere is proving that he will easily be able to get to where he wants. His knowledge of how TikTok works and the type of content that works there is something that helps carry him as a powerhouse of his industry.

One of the most important things I learned from Blickystix when asked what are some of the most important things that got you to where you are today was. “Consistency, mindest, being self-aware, knowing what I should be doing and acting upon those thoughts was key. The words coming out of my mouth, you know my goals and ambitions started to really reflect my actions.” This showed me that it’s really about creating that vision and executing real action. Not just saying what you’re going/planning to do but actually doing it. Most creators on TikTok end up getting a couple of viral videos and they stop posting frequently, losing momentum like this usually is the death of a lot of TikTok pages. This was the opposite for Blicky Stix he was able to attract a ton of viewers and retain that momentum by continuing to post and even creating a fan base that would wait for his next video and always come back to comment on his new videos. He was able to do this by actually obtaining quote-on-quote “fans” by being an actual personality on TikTok. Someone that people became invested in and wanted to keep watching. Connecting to your followers like this is essential to crafting a community such as BlickyStix has done and continues to do on TikTok.

BlickyStix was extremely competitive growing up and would often play games that would consist of anything that involved beating his friends at. I asked him what his favorite game was growing up and his response wasn’t exactly what I was asking but he answered an even deeper question. He said, “competitive player vs player games. The type of games where it was me v.s. you, any game that I could beat you at was my favorite game. I used to invite my cousins over so I could smack them at Halo, but  Modern Warfare 2 was the first game I really binged played like staying awake at night. My best friend would get mad at me because I wouldn’t go outside to play anymore. I was around 9 years old at the time.” He didn’t have one exact favorite game that he liked. Instead, it consisted of anything competitive this is what would fuel his love for gaming and explains his insane clips on TikTok and why he’s so good at Call of Duty, and any other game he gets his hands on.

With what I learned from Stix it’s clear to see how he was able to obtain the virality he has on TikTok and I am extremely curious to see how he is able to leverage it. I can see him becoming one of the biggest creators on the platform very easily. If he keeps at the rate he’s going with his amazing content the algorithm will continue to award him and his community will grow like no other. If you would like to see how he continues to grow and build his community check him out on his TikTok or Instagram below.