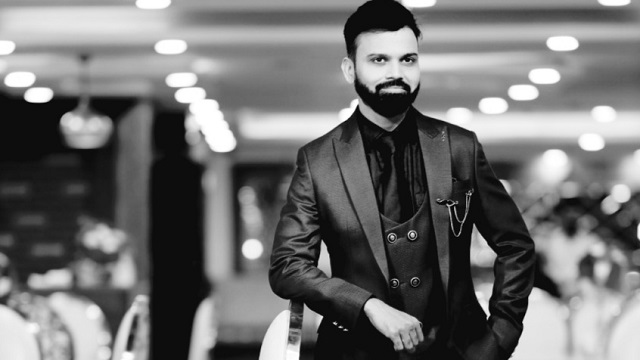 Music Director Gaurav H Singh has worked in Hindi films like Game Over, Oops A Desi, and Strawberry Point a Composer, the songs of a game over did exceedingly well and connected beautifully with the audiences, it is not an overstatement to say that his music in films and in Independent circuit has done some quality praise gathering and there are many more films lined up in the future with Gaurav H Singh as a Composer, we hope to be entertained by his music in the future as well. Gaurav H Singh recently got engaged to Shweta Das. Gaurav states that Shweta has been a blessing from the almighty in his life, the game over composer is going to tie the knot with her lady love very soon.

Speaking to Time Bulletin Gaurav H Singh stated that he has always been a passionate musician since his childhood. And a big influence of his music has been gospel and Christian music, he says that he developed a western musical skill set by predominantly listening to artists like Petra, Stryper, hill songs, and many other Christian musicians. So it was always a dream to serve the almighty with his music, and for this very reason, he recently released 3 Christian songs named Poora Huaa, Yeshu Tera Naam, and Aaradhana which was digitally released by music label company Kavish Records. The songs have done really well, says that Gaurav will keep doing Christian music along with the film and independent music since this gives him the actual satisfaction and that is the only way that he can thank the Lord almighty for everything that God has bestowed upon him. And everything that he achieves in the future is because of the Grace of Jesus. Gaurav’s few more songs are under pipeline. Recently he worked and composed a song “Ye Hausale” for a Hindi film “Umeed” which is in pipeline and will release on Mx Player which will be distributed and publish by Kavish Records.

On the work front, Gaurav H Singh has also launched his production house earlier this year which takes off with a musical reality show “SingXposure” this year with Kavish Mishra, who is the founder and owner of music label company Kavish Records”. We wish Gaurav H Singh all the best for his future endeavors and hope to listen to some of his great melodies in the future ahead.