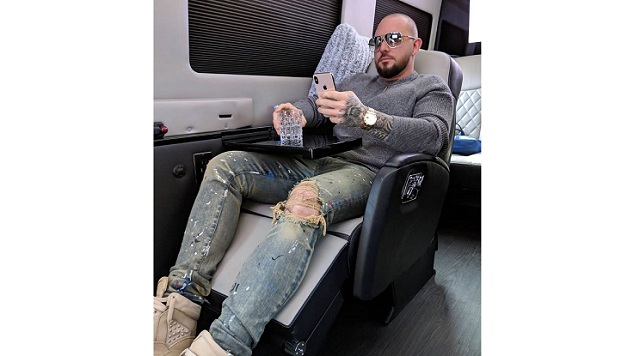 To be successful and reach your goals, a never-give-up mentality is key. When a person is disappointed and just wants to give up, there are moments that Joshua Anderson describes that uncertainty comes across, especially when your life depends on you and how to succeed, which was the biggest challenge he faced when launching his new company.

There is no reward without taking chances. High risk, high reward, consisting of long hours and sweaty conditions, is often an exhilarating process. That is also what makes starting a company enjoyable; if it’s easy, nothing is fun.

Who is Joshua Anderson?

Also known as “RichyRich” on social media, Joshua Anderson grew up in a middle-class family and was a child with big dreams and aspirations for his future. As a kid, he was obsessed with exotic cars and big houses because he had no fancy cars or expensive houses. There was a time when his friend’s parents had a Benz and a BMW, and when he saw them, he was amazed.

When his mother kicked him out when he was 13, it all began, reminding him that he was never anything but a disappointment, and it was at that time when he knew that he wouldn’t quit at all. Joshua’s life is full of a mix, of highs and lows like an exciting rollercoaster ride with ups & downs, from being evicted from a rented apartment to staying in an $18,000 a month apartment to traveling privately across the world.

How can we succeed?

There is a very slim chance of succeeding without creating a squad of like-minded individuals. To enhance the development of an organization, a team is very important, since it is never a one-man task. Team building is difficult when you tend to attract like-minded individuals with whom you work together, but they all need to have their own talents at the same time.

Everyone wants to be new, with the same goals but with a completely different attitude. If everybody does the same thing, you’re going to be a one-trick pony that’s not going to be able to go any farther than the starting point.

What can we learn from Joshua’s Journey?

Self-doubt, the desire to give up when you quit trusting yourself, is the one thing that restricts a person’s capacity to get through struggles. There’s no need to give up on the objective as long as you know you’re going to accomplish your goal. And if you will be beaten down several times in the process, you will finally excel as long as you continue to press on.

Cassandra House – The Benefits of Mentoring in the Company