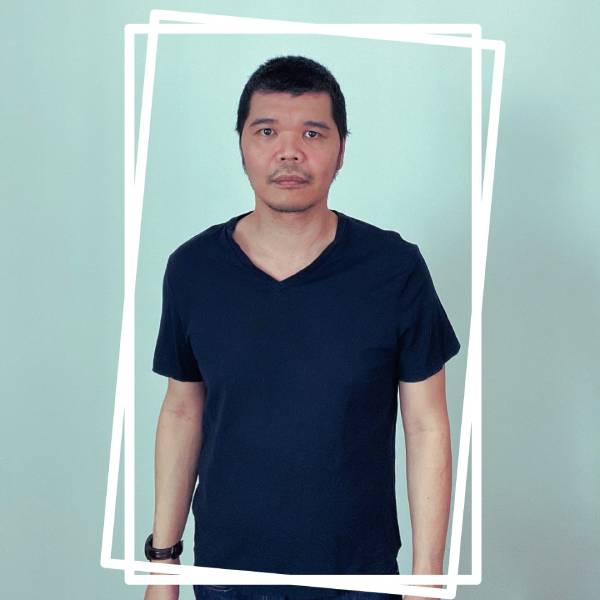 Yes! you read that right.

Errol Chin literally had over a million dollars generated by giving away free stuff through this million-dollar sales process. And in this interview, we are going to find out how Chin manage to do just that.

Chin says everyone will be able to utilize this strategy for any type of business whether they are selling physical products, a digital product, membership sites, coaching, teaching and even if you’re in an agency selling a service.

Chin is the founder of an online marketing firm based in Malaysia boasting clients from all walks of life from plastic surgeons to teachers.

In this interview he segments it down to how he manages to make over $1,000,000+ just by giving away free stuff.

Chin states even if you are a total beginner, you will be able to understand the fundamentals of what makes a profitable business and how by literally giving away stuff for free can be extremely profitable. Chin says “in order to understand how we did over a million dollars by giving stuff away for free, I will first explain the model and how it came about.”

Chin explains when online shopping first started, it’s very common for somebody who wanted to sell a $7 product to create and sell this product at, say, $4 plus $3 shipping. However, Amazon disrupted the entire process by introducing something called free shipping and because of this, everybody was really used to paying for stuff and getting free shipping. Thus, free shipping was a term that wasn’t really special anymore.

Errol explains that one of the models that he adopted was by giving away a free product, by asking potential customers to just cover shipping. Chin says when you understand the numbers, the strategy, and thought process behind it, as well as the execution, people will avoid years and years of frustration. Chin says he started off with a Free Book then an order bump and also two upsells, which were known as OTO1, which stands for One Time Offer one, and OTO2, which stands for One Time Offer two.

Errol says “Think of it like this, you walk into McDonalds and order a burger. The staff would then ask you whether you’d like to upsize your meal, or would you like fries with that. Notice it only happens after people placed their order.”

Chin then explains when he started to promote this concept, most people who don’t understand would say “well, clearly this guy is making money off shipping because it doesn’t cost $9.95 to ship a book.” But here’s the thing. The book has 203 pages so it’s pretty big and all fully color printed hence the cost of printing for this book is actually pretty significant, which comes to about $8.

He adds. “Truth be told, on the front end, I actually don’t make money even though people think that I do. If I were to ship this to somebody that lives in Australia, it does cost me about $10. So, give or take, I barely break even when I give this book away for free because shipping, printing, fulfillment, and all of that handling, is the real cost. However, after people claim this book for free, out of 327,000 people that visited, 42,000 people would opt in and gave me their name and email of which 10,000 people bought the free book, which adds up to about a 3.78 conversion. Because I have a sales process with an upsell, right after they order the book, there is this order bump which I ask them would they want an audio copy of my book which is sold for $37. After the order bump offer, they would be brought to the next page that says, “Would you like to be able to accelerate your social media growth where I literally give you all the assets, and templates, and all of this other stuff that will help you accelerate and get results faster? If so, it’s a $47 upgrade.” Out of the 10,000 people, about 12% of people would get this $47 offer. Now, this is a glimpse of where I start to make significant profits. But even then, what if I told you that, this is really not where the money is made? The service that I REALLY want to sell lies on the third step, which is OTO2 or the second upsell. What is upsell number two? The majority of where true recurring passive income lies is in the second upsell which I charge a recurring monthly fee for that particular service. So, on the checkout page, it would congratulate the customer for ordering this book. I am utilizing the free plus shipping product as a way to sell the thing that I actually want to sell!”

Chin then chuckled and continues, “I understand that this might seem like a long sales process for some and maybe a tad confusing…? Think of it this way…if I would just sell like a normal marketer would, and started my conversation with the audience on Facebook ad saying, “Hey everybody, my name’s Errol. Let me teach you social media for $97 a month”, what do you think a person’s initial reaction would be if they don’t know who I am and they’ve never consumed my content in the past? They’ll wonder who is this person?”

“What I’m doing right now is that I’m taking this thing, which is low risk for someone where I barely break even because of all of my costs incurred, but I make the profit on the order bump, upsell number one and the real long-term recurring passive income on my upsell number two.”

Errol says that he has built a huge list by just giving away his book, of about 42,000 people, where he says “If I continue to nurture that list and relationship, there could be a point where they will eventually buy when the time is right.”

Chin concludes that free plus shipping method is not just for books. You might think this doesn’t apply to you because you’re not an author. You could be in beauty and the free thing that you give away could be a free makeup brush that you sourced from Alibaba or AliExpress for very cheap, where you can afford to give it away for free, and people just need to cover shipping. Then after that, you could sell them a full-blown makeup course, and it all started just because you gave away a free makeup brush. The opportunities are endless.

Chin then adds “How would you like to be able to make $50 or $100 every time you give away something for free?”

Errol can be contacted at: