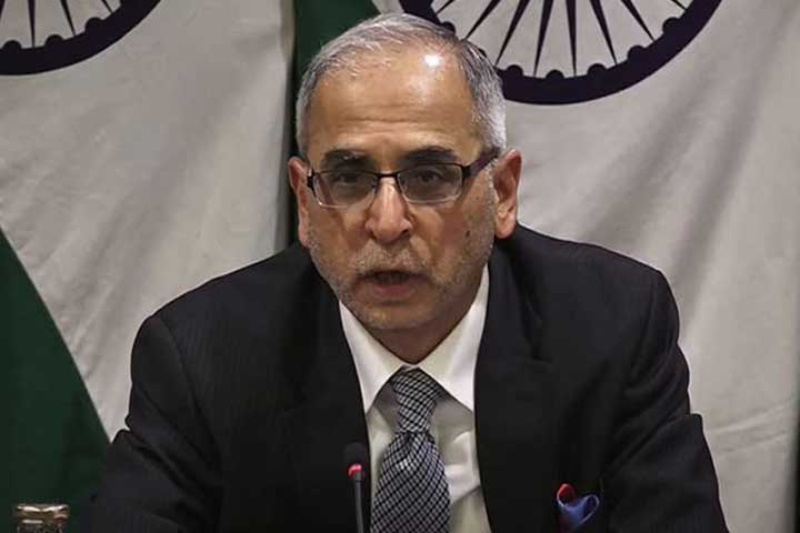 The Indian government will host a special virtual summit of Global South countries this month, focusing on “unity of voice, unity of purpose,” in a “new and unique initiative.” Vinay Kwatra, the nation’s foreign secretary, provided this information to the media on Friday.

According to Vinay Kwatra, the summit essentially aims to bring together nations of the Global South to discuss a variety of issues, particularly recent developments that have had a significant impact on the developing world in many domains.

During the two-day summit on January 12 and 13, the nations will discuss a variety of challenges, including the global pandemic, which has had a significant impact on all countries across the world. The impact of the ongoing conflict in Ukraine has made it harder to get food, fertilizer, and fuel and makes it more expensive. Challenges of food and energy security. Third, climate change specifically concerns climate technology and climate finance. Lastly, fourth, the foreign secretary said that burdens on developing nations, such as rising debt and inflationary pressures, are major tools for changing the structural parameters of their economies.

Adding further, the senior official mentioned, “India has always been at the forefront and consistently championed the cause of the developing world, we have been strongly articulating the interest and concerns of our partners of the Global South- in all international forums and mechanisms.”

The government emphasized that the urgent requirement is a consultative and outcome-oriented conversation focused on the four developing countries’ most pressing issues, interests, and priorities. In addition, India’s presidency of the G20 affords it the chance to apply what it has learned from these discussions to larger global forums.

Ten sessions are planned for the two-day summit. It is planned that two of the sessions will be held at the level of the head of the state or government. The ministerial level will hold eight rest sessions. A group or set of 10 to 20 nations would participate in each of these sessions.

Prime Minister Narendra Modi will serve as the host for the leaders’ session. Other sessions would be led by a variety of ministers with their counterparts present. The morning of January 12 will be the Innagural Leaders Session, and the topic of discussion will be “the voice of Global South- for human-centric developments.” After that, the session of the finance ministers would be devoted to ‘financing people-centric developments.’ “Key elements of the developments have to focus on centricity of people,” India’s foreign secretary added.

“Balancing growth with environment-friendly lifestyles” would be the focus of the session of environment ministers. The theme of the first session of foreign ministers would be “priorities of Global South, ensuring the conducive environment.”

On the second day of the summit, there would be five ministerial sessions, with three parral sessions in the first half of the concluding day. The health ministers’ session would focus on the COVID-19 pandemic, how the countries are dealing with the situation, and “cooperate to build a resilient healthcare system.” The energy ministers’ session would focus on “energy security and roadmap for development and prosperity.” The session of education ministers would be focus on human-centric development and capacity building in the Global South.

Two sessions will take place in the second half of the final day. One of the sessions for commerce and trade ministers will focus on the theme “Developing synergies in Global South, Trade, Technology, Tourism, and Resources.”

It’s interesting to note that the Indian government announced that “G20 suggestions for India’s presidency” would be the topic of the final and second foreign ministers’ sessions on a concluding day. Kwatra emphasized that the purpose of this particular session is to solicit suggestions from non-G20 countries regarding a variety of significant issues that will be brought up or discussed at the G20 summit.

Africa, Latin America and the Caribbean, Asia, and the Pacific Islands comprise the Global South, excluding Israel, Japan, and South Korea. It is generally thought of as the home of Brazil, India, Indonesia, and China—the four states in the South with the most people and land area—along with Nigeria and Mexico. The tropics or close to them are home to the vast majority of the countries of the Global South.

Importantly, Iraq, Nigeria, Kuwait, Kazakhstan, and other major Global South nations are major oil exporters. Since India is a major importer of crude oil, it is considered that this summit would provide the country with an opportunity to investigate additional energy sector opportunities.

In 2016, Iraq was the second-largest oil exporter in the world. In 2020, it is fifth, with $45.2 billion in revenue and exporting 7.06% of all oil exports. It follows Saudi Arabia as the largest OPEC producer. The U.S. Energy Information Agency says that Iraq has the fifth-largest oil reserves in the world, but the majority of those reserves have already been tapped or are being developed. Additionally, Iraq faces the challenge of being overly dependent on oil revenues, which were estimated to account for 91% of government revenues in 2018.

In the year 2020, Nigeria was the seventh largest oil exporter in the world. Oil worth $30 billion, or approximately 4.68 percent of the global total, was exported by the nation. The country enjoys importing oil from a relatively diverse group of customers. Kuwait, on the other hand, is one of the world’s top oil exporters. In 2020, the country shipped $27.6 billion worth of oil, accounting for 4.32 percent of global oil exports. Kuwait was the tenth-largest oil producer in the world in 2020, producing approximately 2.75 million barrels per day. The country has the sixth-largest reserves in the world.

In the meantime, experts say that producer economies’ and the developmental state’s fates are unaffected by the energy transition or the Global South. Due to their rapidly expanding populations and economies, non-OECD countries are expected to account for 70% of the future demand for energy in 2040. Among these, many developing countries in sub-Saharan Africa, South East Asia, and Latin America face the challenge of promoting economic growth while lagging behind in the capacity to do so sustainably.

Megaprojects for Saudi Arabia in 2023: Neom, AlUla, Qiddiya, and more

A massive hydrogen pipeline will be constructed by Germany and Norway