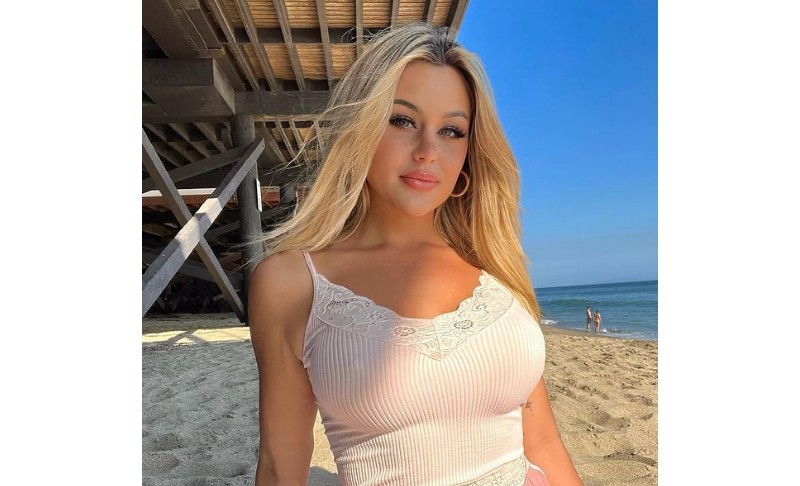 Mercedes Blanche is a world-renowned Hungarian professional model and a rising actress who is named one of the most breathtaking and astonishing Hugerian-based Candian models and has even been featured as an actress in multiple movies and web series. She is even considered an inspiration for several millions of emerging celebrities all over the world. So, considering the exceptional achievements of this remarkable model, we will be diving into how a Hungarian middle-class part-time employee became so popular. Started by working as an employee in the healthcare sector company to achieve immense popularity as a model a truly inspiring story.

Mercedes Blanche has unmatched faith in herself and has an inspiring and clear vision of what she wants to be and where she wants to go.  Mercedes has an insane work ethic that is earmarked to her self-improvement, and lastly, she has an insatiable will to succeed in her career. Nobody initiates off as a highly successful model and actress, modeling was a big deal in Budapest, as it is followed most in Europe, and Mercedes undoubtedly loved modeling and acting, since her childhood she made a very clear mindset to pursue a career in the same. Similarly, after completing her graduation from Budapest, Mercedes moved to Toronto Canada for pursuing her studies.

Gradually while completing her bachelor’s degree at the same time Mercedes Blanche commenced her modeling career with the help of various social media handles primarily Instagram where she began sharing her stunning hourglassed modeling content alongside multiple fashionable video content over her TikTok handle. Knowing more about her social media journey, Mercedes began her initial modeling Journey with the help of Instagram on the 20th of April 2018 when she created her mercedes.blanche titled account. Whereas by sharing numerous attractive modeling content Mercedes acquired fame on the platform by achieving several hundred thousand followers and millions of likes. Gradually after amassing popularity as a model and Instagram star Mercedes shifted her focus toward a short musically video-sharing forum named TikTok by creating a mercedesblanche titled account on the 25th of July 2019.

After achieving fame as a social media starlet and model Mercedes began focusing on her acting career. Similarly, Mercedes commenced her acting career by performing the role of a Synchronized swimmer in an adventure, drama, and action genres t.v series titled Y: The Last Man which was released on the 3rd of September 2021. With her excellent acting in the above-mentioned series, Mercedes frequently started achieving multiple offers for the renowned Hollywood director and producers who initially signed her in their upcoming projects. So far Mercedes has performed a vital role in a few movies and web series like ‘The Boys’(Season 3, 2019), Titans’ (2018), ‘Robyn Hood’ (2023), and many others

SHEZRAY HUSAIN: HOW SHE BECAME A SUCCESSFUL FASHION MODEL

Tiny and Trendy: The Cutest Baby Clothing Styles for 2022