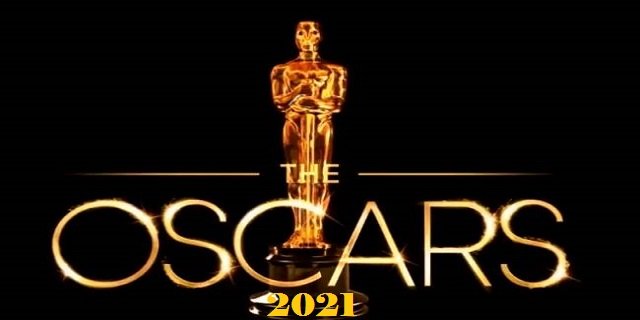 The coronavirus pandemic has hit the entertainment industry hard and film fans have been thinking about the 2021 Oscars. The Academy of Motion Picture Arts and Sciences declared Tuesday that, due to the coronavirus pandemic, streaming-only movies will be qualified for the 93rd Academy Awards for the first time. What’s more, for one year in particular.

Accordingly, The Academy of Motion Picture Arts and Sciences have made a significant historic move. The 93rd Academy Awards are still scheduled to be held on February 27, 2021, however many significant contenders and releases have and will be influenced. Aside from release delays, there is a lot of vulnerability surrounding when films are the world will reopen.

For the first time in history, the Oscars 2021 will permit streaming movies that have not had a cinematic release to qualify for entry in the Best Picture categories and others.

An announcement on the Academy Awards site read: “Until further notice, and for the 93rd Awards year only, films that had a previously planned theatrical release but are initially made available on commercial streaming or VOD service may qualify in the Best Picture, general entry and specialty categories for the 93rd Academy Awards under these provisions:

“The film must be made available on the secure Academy Screening Room member-only streaming site within 60 days of the film’s streaming or VOD release [and] The film must meet all other eligibility requirements.”

While this opens the door for films whose theatrical releases have been postponed or eliminated due to the coronavirus flare-up, it doesn’t mean each streaming film will be qualified.

The Academy of Motion Picture Arts and Sciences has discarded one of its longstanding eligibility requirements for the 2021 Oscars, due to COVID-19.

The meeting on Tuesday (April 28) likewise confirmed that two sound Oscars 2021, for Best Sound Editing and Best Sound Mixing, will be consolidated into one: Best Sound.

Current Academy rules express a film must be appeared in a commercial cinema in Los Angeles for at least seven back to back days, during which period screenings must happen at least three times every day. Presently films that had a formerly planned theatrical release, however, are made accessible on a home video-on-demand service may qualify for best picture and different categories.

The Academy, under antitrust pressure from regulators, at last, decided to authoritatively permit streaming organizations to qualify for Oscars past year, however just under the parameters that they indicated their movies in theaters first. Regardless, the historically terrible COVID-19 pandemic requires this temporary exemption to our awards eligibility rules, ‘ the announcement included. “As soon as theaters reopen, we expect to release movies on both formats”, he said.

The big picture: This change could have tremendous ramifications for streaming organizations like Netflix and Amazon Prime Video, which have hesitantly put their movies in theaters solely to meet all requirements for Oscars 2021.

‘The Academy supports individuals and partners during this season of vulnerability.

The board likewise said for a film score to be qualified in the original score category, it must have 60% original music.

It’ll be fascinating to perceive how film studios modify their release models as indicated by these new standard rules set for films releasing in 2020.

In the meantime, the 93rd Annual Academy Awards are still on track to be held on February 27, 2021.

Even though the academy keeps up this is a one-year-just bend of the rules, direct-to-digital movie releases are likely here to stay.

Universal Studios’ “Trolls World Tour,” which was dropped on-at-home platforms, for example, Amazon Prime and iTunes, created $100 million in income in three weeks, as indicated by IndieWire. That achievement led Jeff Shell, the CEO of its parent organization NBCUniversal, to support the move. “As soon as theaters reopen, we expect to release movies on both formats,” he said.