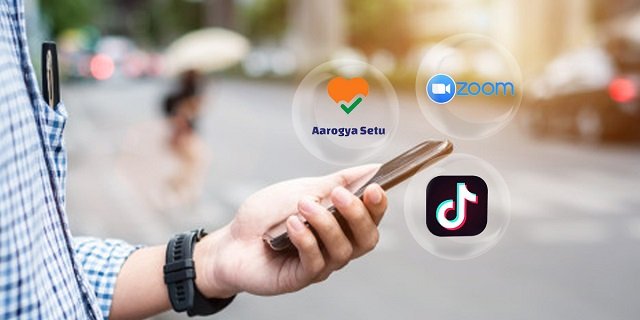 The trend of downloading apps in 2020 has been somewhat different as in the past, particularly after the lockdown worldwide and numerous individuals are associating online through different apps. Sensor Tower uncovered the list of estimated top 10 most downloaded non-gaming apps for April 2020.

In April 2020, ZOOM has been the most downloaded non-gaming app both on Google Play and App Store, with just about 131 million installs, demonstrating a 60 times more growth than in April 2019. Furthermore, most numbers of downloads, around 18.2 percent of the total downloads were in India only, followed by the USA with 14.3 percent downloads.

Nonetheless, the third most downloaded application on the App Store alone in April was Google Meet and followed by Microsoft Teams. Also, Netflix on App Store dealt with the fifth spot, limiting Instagram on number six and YouTube being the seventh most downloaded app by iOS clients.

Tax Report had more installs on the App Store (at number eight on the list) than Facebook, which managed to be at the ninth spot followed by Google Classroom, the last on the list of top 10 most downloaded apps in App Store.

Facebook was the third most downloaded app on Google Play Store, followed by WhatsApp and Aarogya Setu. Additionally, the Facebook Messenger made it to the list (at number six) beating Instagram (at the seventh spot) and Samsung Security Update at number eight.

Furthermore, Telegram and Likee were seen respectively at the ninth and tenth number on the list of most downloaded apps on Google App Store.

Read More: Top 20 most used mobile apps in the world

The information gathered by Store Intelligence incorporates downloads from App Store and Google Play both, between 1st April 2020 to 30th April 2020, excluding the past installations. Additionally, the third-party stores’ information is excluded from the Android estimations yet it includes the aggregated installs of all app versions, like Facebook and Facebook Lite.