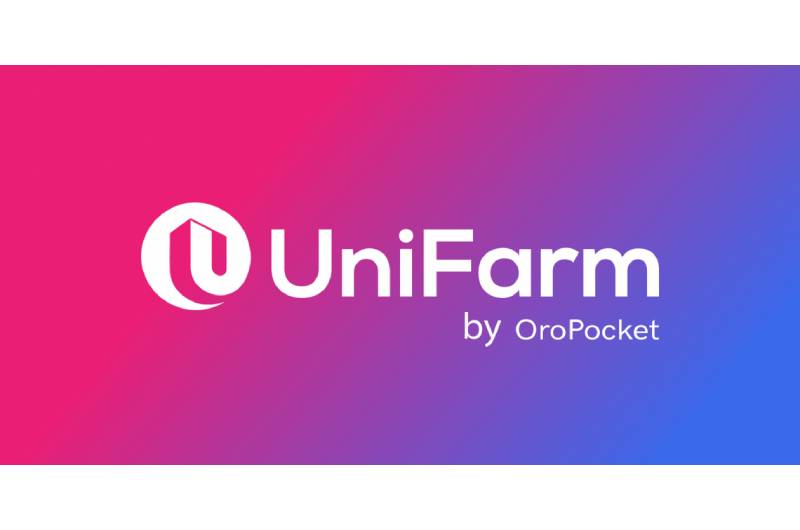 Blockchain is still in a phase where technological innovations are flowing in the space day after day. Every project brings in some kind of value, be it in the field of Decentralized Finance (DEFI), Non fungible tokens (NFTs), stable coins, or just a product that helps solve a complex issue in the most decentralized way possible. A place where there’s a huge gap in the blockchain tech is interoperability, and one stop solutions. UniFarm has aimed to cover this with their unique farming solutions.

Farming, if you’re relatively new to crypto, means locking up your tokens to get a specific return on it.  The process of farming allows you to earn interest on your saved or locked up tokens. UniFarm partners up with a multitude of projects to form a reward pool of all their tokens combined. A user can then stake one of these tokens to get rewarded in all of the tokens within a given pool. In the UniFarm ecosystem, these pools are called cohorts and there are a number of cohorts available on the platform.

The upside of farming with UniFarm is that they offer a minimum annual percentage yield (APY) which is guaranteed to the user/investor. This works in the favor of both, the investors and the projects entering the cohort of UniFarm as high APYs result in a higher demand of the token. For stakers, the rewards are distributed in phases where a user can get the yield in one token (Initial phase) to getting all the tokens later on. UniFarm’s unique model of supporting multiple tokens puts it in a separate class of DeFi projects which ends up being valuable for both, the users and the projects.

In the case of projects, UniFarm helps create a staking utility for their token. The token holders of this newly added project on UniFarm can use their tokens to get access to other tokens as explained above. Apart from that, UniFarm helps maintain a high demand of a token by increasing or decreasing the APY of the token based on supply and demand. This keeps investors interested in the project’s token while also giving them an incentive to invest.

$UFARM is the native token of UniFarm’s project. UniFarm has given a lot of value to this token by adding classic DeFi utilities to it. The most noteworthy use case is governance which means that the holders of $UFARM tokens can vote on all protocol level changes in the project. Apart from that, $UFARM as a token takes part of all major pools. So, the $UFRAM token can be used for staking on the platform as well. The team behind UniFarm strive to add more use cases as the project grows.

To maintain the stability of the supply, 50% of the $UFARM tokens are reserved for farming which will be made available in the farming pools over time. Apart from that, to ensure scalability and no external financial crutches, the project uses a Buy back & lock model where 25% of the fee taken by projects to join pools or cohorts is used to buy back tokens. These $UFARM tokens are then locked up on the chain for 12 months. After this time period, the tokens move towards the project’s treasury which is made to scale and sustain the project in the long run.

To ensure their unique model works, UniFarm ran their first cohort with $ORO, $MATIC, $REEF, $CNTR and $FRONT. This experiment turned out to be a resounding success as $500,000 worth of tokens were locked in a few hours by the users. According to the roadmap, UniFarm has been successful in capturing a total of $3 million in total value locked (TVL). The next steps of the roadmap include improving the technological end of the project along with the addition of new use cases for the token as explained above. Core technology geeks understand that a token is only as good as the project itself and we’ve seen so far that UniFarm’s proposed model has a lot of value for projects as well as users.

Unifarm as a project that continues to progress according to it’s roadmap. And more importantly, the minds behind the project (same folks who brought Oropockets) are committed to make a positive mark in the DEFI ecosystem.  And so far, they have been