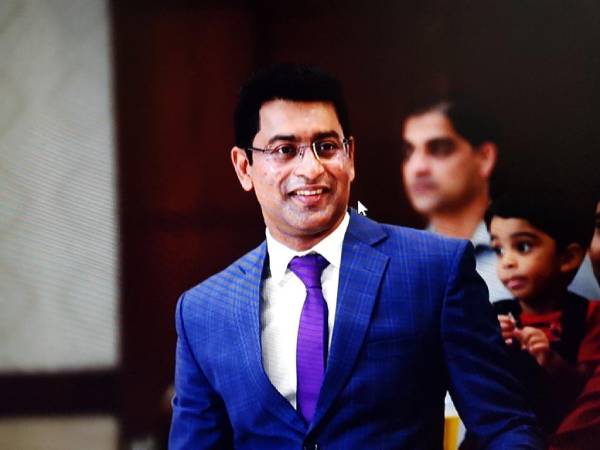 Success is not achieved overnight. To attain success, one goes through a lot of hardships and difficult phases in life. Lawrence Paul is one such inspiring figure who has proved his mettle as a multi-faceted personality. Based in Dubai, he is a businessman and also a film producer. Lawrence’s association with Bollywood star Sonu Sood has been for more than a decade and the duo in the past have jointly co-produced the film ‘Tutak Tutak Tutiya’ and distributed worldwide blockbuster ‘Kung Fu Yoga’ in India.

While Paul’s life looks all things glitzy, very few know the struggle he has gone through in the initial phase of his career. Losing his father at a tender age, Lawrence Paul has built an empire of his own and is an idol to many hustlers in different industries. The reputed industrialist also runs an industry in the FMCG products. From being a challenged boy to becoming an established personality, Lawrence has achieved it all. Not only he has got love for his hard work, but the businessman in his spectacular career has earned various accolades and recognitions.

Owing to his commendable contribution and success, Lawrence in the past was bestowed with the Stardust Global Achievers Award in Dubai. The global entrepreneur credits Dubai as the destination behind his career-defining journey. “It was always a dream to get global recognition. Awards always motivate me to work harder and be a better version of myself. Such recognitions have helped me push the envelope and strive for excellence in life”, says Lawrence.

The international businessman has always lived with a simple ideology – “Do good, and the better will come to you.” Among other laurels in his feathered cap, he even bagged an award at the Stardust Global Indian Icon Awards 2017 in New York. Setting an example and a bar for the youngsters, Lawrence Paul has unarguably made India proud on an international scale.

Having achieved the best things in life, the entrepreneur has never forgotten his roots. He says, “I stay humble because I know the value of things and especially the journey that I started from scratch.” Furthermore, when asked about his future plans, Lawrence Paul stated that he is looking forward to producing content-driven shows, web series and films. “I am quite excited about it as my plan is to make films and shows that are entertaining and also have a strong message for the audience”, he concluded.

Srijita Mitra, an inspiring social media influencer, is doing marvels with her content