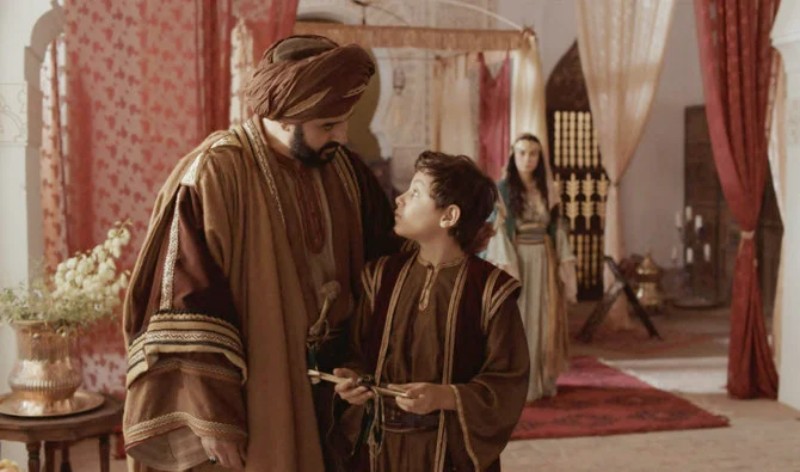 Moreover, five films funded by RSIFF will be presented during the Venice Film Festival which runs from 31 August to 10 September. The 79th edition of the International Film Festival invites ten Arab and Middle Eastern films set to influence the Lido di Venezia from a portion of the region’s most exciting filmmakers.

Alongside the recently formed partnership, the Red Sea has backed two projects in the Final Cut line up they are; dark comedy ‘Inshallah A Boy’ from Amjad Al Rasheed and ‘The Cemetery of Cinema’ a documentary directed by Thierno Souleymane Diallo, which alongside six different projects will be displayed to producers, purchasers, distributors, after post-production companies and International Film Festival programmers. The Red Sea will likewise be introducing a financial reward to the winning project.

The five films being disclosed at the most established International Film Festival in the world have profited from the crucial help of the Red Sea Fund which was launched to nurture Arab and African filmmakers and give funding at key stages of production, post-production, and development. This is essential for the RSIFF’s mission to champion arising and established filmmakers to bring authentic, untold narratives from an earlier time, present, and future to global audiences.

Presented in Orizzonti Extra, the Festival’s official international competition dedicated to films that represent the most recent aesthetic and expressive trends is the profoundly expected coming-of-age story ‘Nezouh’ directed by Syrian director Soudade Kaadan. Kaadan’s most memorable feature ‘The Day I Lost My Shadow’ went on to win the Lion of the Future – “Luigi De Laurentiis” award in 2018. Kaadan’s second feature is again founded on private experiences set against the background of Syria’s civil conflict and features Hala Zein, Kinda Aloush, Nizar Alani, and Samer Almasri.

Camden International Film Festival, an Oscar Campaign Hotspot, will be kicking off on Sept 15, 2022

Lebanese-French director Wissam Charaf’s ‘Dirty, Difficult, Dangerous’ will feature in Giornate degli Autori, an effective independent sidebar of the Venice Film Festival renowned for the quality of its film choice. Roaming the streets of Beirut looking for metal objects to be recycled, Ahmed, a Syrian refugee, thought he’d track down love with Mehdia, an Ethiopian domestic. Yet, around here, such a love story appears to be exceptionally difficult. Can this couple find the way to the freedom given that Ahmed suffers a mysterious illness that gradually transforms his body into metal? The film stars Clara Couturet, Ziad Jallad, Darina Al Joundi, and Rifaat Tarabay,

French-Algerian director Damien Ounouri and Algerian actress, scriptwriter, and producer Adilia Bendimerad present ‘The Last Queen’ a full-scale costume drama in the Giornate degli Autori program. The film is set in the Mediterranean port city of Algiers in 1516, it spins around the heroic female figure of Zaphira, who stood up to the notorious pirate Barbarossa after he killed her husband King Salim Toumi, assumed command over the city and demanded her hand in marriage. As well as co-directing Bendimerad stars and is joined by Dali Benssalah and Tahar Zaoui.

Moroccan director and writer Yasmine Benkiran’s debut feature ‘Queens’ will close the choice of the Venice International Film Critics’ Week, the sidebar of the Venice Film Festival, working out of competition. Set in Casablanca, the film follows a trio of women (Nisrin Erradi, Nisrine Benchara, Rayhan Guaran) with the police on their tail they embark on a long escape that takes them across the rugged red terrain and flower-filled valleys of the Atlas to arrive at the Atlantic coast at last.

Pascal Diot, Head of Venice Production Bridge said: ” The Venice Production Bridge is honoured to have the additional support of the Red Sea International Film Festival for our Final Cut in Venice workshop and more generally to have such a privileged relationship. The RSIFF has become in a very few years an unavoidable player in the MENA region and one of the key investors and supporters of Arab cinema and new immersive content. “

Mohammed Al Turki, CEO of the Red Sea International Film Festival said: “We are thrilled to form a partnership with the Venice Film Production Bridges ‘Final Cut’ programme to strengthen our commitment to filmmakers from the region to bring more projects to fruition so they can make the selection at the world’s most prestigious festivals. The calibre of films presented from the region this year is remarkable and are guaranteed to make their mark on global audiences.”

HASSAN SHAREEF – A MAN WITH A VISION IN THE MUSIC INDUSTRY