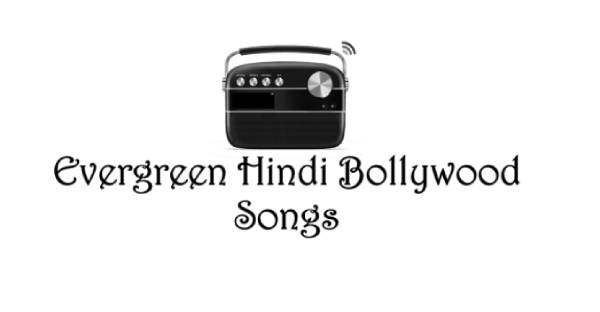 Once upon a time when music in the Bollywood movies was embedded into the storyline, painstaking care was taken while selecting the lyrics and the type of music to follow it. Now, they are fill-ups here and there without any sense and can’t make to the top evergreen Hindi Bollywood songs anymore.

When we go back to past times there are masterpieces that are mesmerizing to our imaginations and enchanting to our ears. With melodious songs, lyrics leave a deep impression upon the listener. This is why even after so many decades these old songs still rule the hearts brimming with emotions.

Let’s go back in time and explore some of the best evergreen Hindi Bollywood songs from the ’70s and beyond with touching lyrics and melodious voices of singers. Some of them, you might have already listened to, and some will be new for you. Or are you an old song wizard? Let’s find out together.

Who can avoid the enchanting voice of great Lata Mangeshkar? This classic song was written by Raja Mehdi Ali Khan in 1964 for the movie “Woh Kaun Thi?” A perfect romantic song given voice by the mellow voice of a great singer made it one of the best ever produced tracks.

With the mixed feelings of finding your lover and embracing in your arms, yet uncertain about the future. Nevertheless, let’s not spoil the moment worrying about what is going to happen next, it is time to relish this moment.

Lata openly expressed her love for this song by declaring it the closest to her heart. Picturized on the actress Sadhna, it has braved the waves of time till this day.

Mukesh performed this fantastic love song. He is one of the famous playback singers of his time and acclaimed quite deservedly by the industry umpteen times. The song was part of the movie named “Kabhi Kabhi” released in 1976 featuring none other than Amitabh Bachchan and Rakhee expressing their limitless love for each other.

The fame of this soundtrack can be assessed from the fact that it has won not one or two, but three Film Fare Awards for the best lyricist, best male playback singer, and best music. Not a better way to express your love for your beloved than humming a stanza from Kabhi Kabhie Mere Dil Mein Khayal Aata.

Talk about romantic old Hindi Bollywood Songs and not mention Kishore Kumar, it is like singing in a vacuum. He was an incredible talent who gave his voice to countless such songs throughout his career in the music industry of India.

The famous song Pal Pal Dil Ke Paas was recreated twice, it was such a super hit and remains one till this day in the books of deep lovers. It was part of the 1973 movie, Blackmail.

The lyrics of this music track talk about how it is not possible for a man to never forget the woman he has truly loved. Even if she is far away from him, she becomes a part of his heart and her memories beat every moment.

Featuring Raakhee and Dharmendra, this soft romantic melody will keep your heart warm throughout the day you are missing your lover badly.

Muhammad Rafi gave his voice to this song and that was enough to give it a long-lasting life. That is why it still remains an expression for a man to tell his lover how he fell in love with her. Featuring Rajesh Khanna and Nanda the melody portrays a completely different set of emotions.

Not just for the voice of great Muhammad Rafi the lyrics of the track up the game for it. Released in 1969, this song was part of a thriller movie Train, and its journey of fame still continues to this day.

Nowadays people fall in love mostly after finding each other on social media. In the pre-internet era, it was still your eyes and the attractive face of your crush. This track talks about the man’s love for his neighbor at the same time lament the heartlessness of his crush.

Featuring Saira Banu and Sunil Dutt, the voice was given by none other than our very beloved Kishore Kumar and part of the movie Padosan released in 1968. With the simple expression of love and emotions spurred by the beauty of the lover, this is a must-listen for all of us.

The top evergreen Hindi Bollywood songs from old times cannot be concluded in such a rash. So here are some of the honorable mentions you should check. In Ankhon Ki Masti Ke from the film from Umrao Jaan; Yeh Dosti from movie Sholay; Mere Sapno Ki Rani Kab Aayegi Tu from famous film Aradhana. Tell us about your favorite in the comments below.