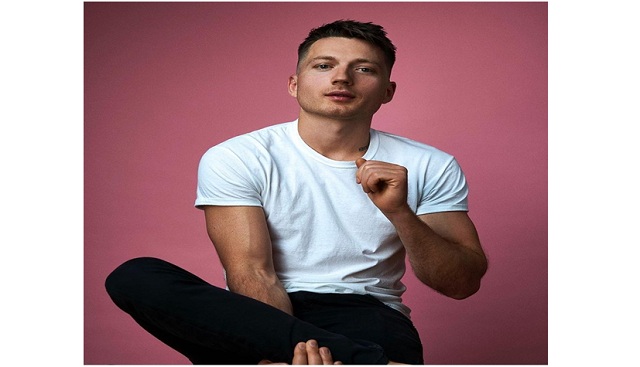 If you are a fan of comedy, chances are you have heard of Abby Roberge about a million times. His fame and success have been growing exponentially and he is with no doubt one of the best stand-up comedians in the Los Angeles scene and Internationally. He has also appeared on various TV shows such as ABC’s ‘Modern Family’ and NBC’s Pilot So Close and performed with other big names such as Steve-O, Russel Peters, and Bob Saget. If you have only recently heard of him and are wondering why everyone is obsessed with him, we are here to fill you in.

1) He has outstanding storytelling skills

A lot of his fans and anyone who has had the privilege to see him on stage or even just in videos online praise his storytelling skills. Everyone loves a good story and when it’s funny and well-told, even better. Watching Abby Roberge perform feels like sitting in the living room watching that one funny friend in the group. He knows how to make the audience feel comfortable and have a good time almost as if it was just a natural funny conversation and not a show you paid to watch. With Abby Roberge, it is never a dull moment.

2) He is an interesting individual.

Growing up in a small commune where everything was very different from the rest of the world has made Abby Roberge a very interesting person. He has interesting views and perspectives of life which make him very intriguing to watch and listen to. The audience enjoys watching someone unique. If you pay to watch a show, it might as well be something you have never watched or imagined before. He has also had wild experiences from his time at the commune, his seven years as a doorman, and finally rising into fame. The experiences make extremely funny stories that his fans absolutely love. It is no wonder he is everyone’s favorite and has gained the fame and success that he has over the years.

3) He is an inspiration to his fans.

Comedy fans do not only love Abby because he is funny. He is also very inspiring to people who have big dreams and are only starting out. He started from the very bottom in a small commune in Canada with little to no resources at all. At only age 12, he moved to the big city where he started shaping his craft. He worked for 7 years as a doorman at the World Famous comedy store while performing at any gig and stage he could find and eventually rose to fame. Not only is he a comedian but also a businessman co-owning the Melrose podcast which has worked with some of the biggest podcasts in the world such as Call Her Daddy, Freakenomics, NPR, and Barstool Sports. He is aiming at making it a podcast network that will work with some major shows.

There are so many reasons as to why fans love and admire Abby Roberge, the list is endless. He is a very talented comedian and an excellent person and well, who wouldn’t be obsessed with that.