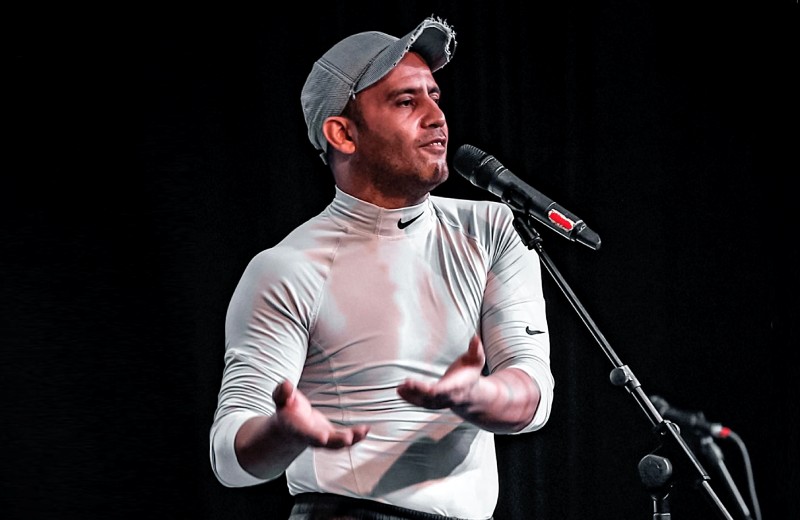 There are many talented men and women in the world who dream of becoming famous in the field of comedy, but very few of them reach their peak. In countries where there are many religious restrictions, it is much harder to become famous. Because in these countries there is not enough freedom of expression in humor, compared to the united states and European countries, and these restrictions make it difficult for artists. But Akbar Eghbali, an Iranian comedian, despite all these limitations, has been able to succeed in a short time and attract millions of interested young people to his art.

He is best known for his comedy “the annoying worker”, “bitter chocolate”, “night of doubt” and “bonsai” movies. Akbar Eghbali, with more than 1.8 million followers on Instagram, is one of the Iranian celebrities who has gained a lot of fame in Persian-speaking countries.

But the question arises, what helped him to achieve such a reputation despite his limitations and financial difficulties?

Akbar Eghbali believes that optimism in any situation is not as important as the goal-setting situation. optimism is one of the most important elements of success and is especially important in critical situations. I always avoid pessimists.

People with an optimistic outlook are persistent when problems arise and do not give up so easily. What I have done over the years and finally achieved many of my goals. When you have problems that are holding you back, identify the things you can change and try to find solutions.

One of the most important reasons for Akbar Eghbali’s success has been effort and perseverance. Despite all the obstacles he faced, he did not give up his daily efforts. It is not unreasonable that Anthony Robbins says; that if we want to change our lives, we must take control of our daily lives. This is not something we can do overnight. What shapes our lives is our daily, continuous actions.

Eghbali is one of the comedians who use the audience to show his creativity in order to appear in the play. This makes it attractive and helps the audience to communicate better with him and the play. Using a spectator in a show is really hard. You need to find the right person or people for the job. This requires a lot of experience.

Innovation and improvisation are an integral part of comedy theater. In addition to the usually rehearsed dialogues, the comedian uses the dialogues that come to his mind at the moment by recognizing the available space and the mood and energy of the viewer. Therefore, the actor’s attention must be perfectly focused so that he can use improvised words and phrases without damaging the play. This is one of the unique features of Akbar Eghbali.

The rhythm of comedy

In a comedy show, if you can not keep the rhythm well, it creates a dull atmosphere that bores the viewer. But Akbar Eghbali, using experience and time management, advances the rhythm of the show in such a way that you do not notice the passage of time and you are accompanied by every second of the show. Not only will this not make you tired of watching the comedy show, but you will also want the show to continue.

Lessons We Can Learn from Franck Nicolas