The move to expunge shooting from the 2022 CWG has ruffled the Indian Olympic Association so much that it has now threatened to boycott the event. It is only natural that the shooting federation is more than happy at this stance of the IOA for supporting them.

While the IOA is slated to take a final call on their decision next month, there are many who feel that it is not within the legal purview to call for a boycott. The IOA is just making mountains out of molehills, they feel.

This was the question asked this week on “Talking Turkey with Kanthi”, the flagship program of Power Sportz, hosted by Kanthi D Suresh, the Editor-in-chief of the channel.

Joined by eminent and senior journalists, Talking Turkey with Kanthi tried to weigh the chips and scales of the whole quandary and arrive at a conclusion. Also joining in the show were former ace Indian shooter Jaspal Rana and Sudhanshu Mittal, Vice-president IOA.

The boycott call has appeased the shooting fraternity and they are obviously indebted to the IOA for championing their cause. Former prolific Indian shooter, Jaspal Rana, who joined in Live over the show said that as part of the shooting fraternity, he is more than happy at this development. Although he feels that boycott isn’t necessarily the right recourse, he should at least stand by his sport. Jaspal said that opposing this vested move by the organizers would also protect the other sports which might be on the radar to be chopped off in the future.

Isn’t gunning for a boycott against the Olympic charter: Kanthi D. Suresh

It is true that shooting is a major contributing sport for India at the CWG, removing which would have taken India’s rank lower by 2-3 spots, quipped Kanthi. Yet, taking the organizers hostage by calling for a boycott isn’t the solution or the right thing to do, she said. As she reiterated during the show, the IOA, as a National Olympic Committee is also governed by the Olympic charter, defying which can elicit reprimanding actions.

Quoting tenets of the Olympic charter that says, “It is sports to build a peaceful society” Kanthi asked Sudhanshu Mittal, VP of the IOA, why are they risking themselves of getting banned by proposing a boycott of the 2022 CWG. But, Sudhanshu seemed too optimistic about the whole episode. He said that if they ban India for the boycott call, then CWG would definitely lose its sheen.

She gave a host of examples that countries like Australia who have great records in shooting ain’t making any noises. Kanthi also gave the example of wrestling, the other sport that has won ample number of medals for the country. Dropped several times in the past, the wrestling federation didn’t create any ruckus.

Why is the IOA so paranoid if the sport is not included in the upcoming CWG event? So, what would be the final decision of the IOA? Are they going to give it a second thought before boycotting the CWG? For this, we will have to wait until next month.

Top 5 Players in the Premier League 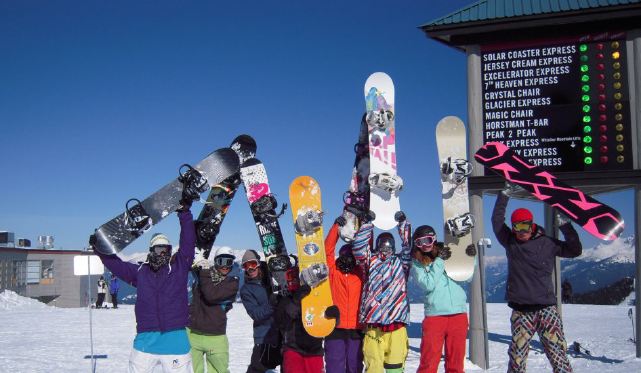 How Narrinder Nijjer is Changing The Lives of People

Mathieu Tyler Jang remembers his mom telling him to watch “The Secret” and thinking it was stupid.