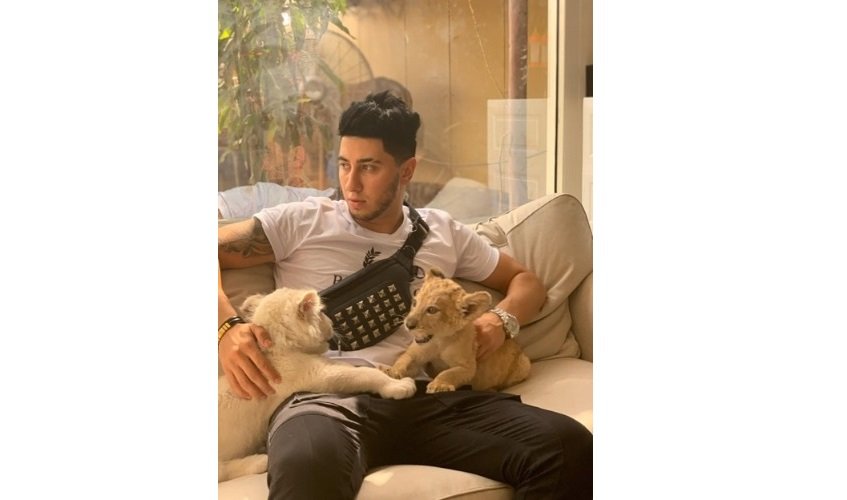 The fashion industry is booming and how. Several bloggers and influencers have carved themselves as the best name in the business. Muhanad Besh who is popularly known as Rich was born in Russia who is now based in Dubai. Born in a high-class family, Muhanad in his childhood always dreamt of becoming a tennis player. However, he studied pharmacy in Russia according to his family’s wish. But destiny had some different plans for the blogger and he soon landed his first job as an event planner for a Russian artist. Born on September 8, 1994, he believes that nothing is impossible in life and everyone has the calibre to live a wealthy lifestyle.

The turning point in Muhanad’s life was his first gig in Russia after which many top brands including Louis Vuitton, Gucci, Prada, Balenciaga, Hermes, Versace, Armani, Alexander McQueen and Burberry approached him to endorse them. Well, that saw Rich getting into the fashion industry as one of the top names. Besides this, he is a huge sports fan and while he is not working, he loves to do adventures like skydiving and bungee jumping. He is also keen to learn martial arts and has a great mind in betting on sports like football, horse riding, golf, F1 racing and much. Betting is one of his key areas where he excels, and it is the primary reason behind his lavish lifestyle.

To know more about his adventurous life, you can follow him on Instagram on ‘rich_dubai_life’. He is currently looked upon as the best motivational figure in the fashion world and his goal is to be as successful as the Kardashians. Moreover, Muhanad is of the impression that it is really important to have a good heart besides living a wealthy lifestyle. “Having a good heart is the most precious asset which is intangible to everyone”, he said. With having extraordinary multitasking skills, Rich surely knows how to juggle between businesses and that’s what makes him the most efficient influencer who is on his way to becoming one of the youngest millionaires of the world.

Supermodel Solveiga Mykolaityte ~ A leading example of beauty with a brain