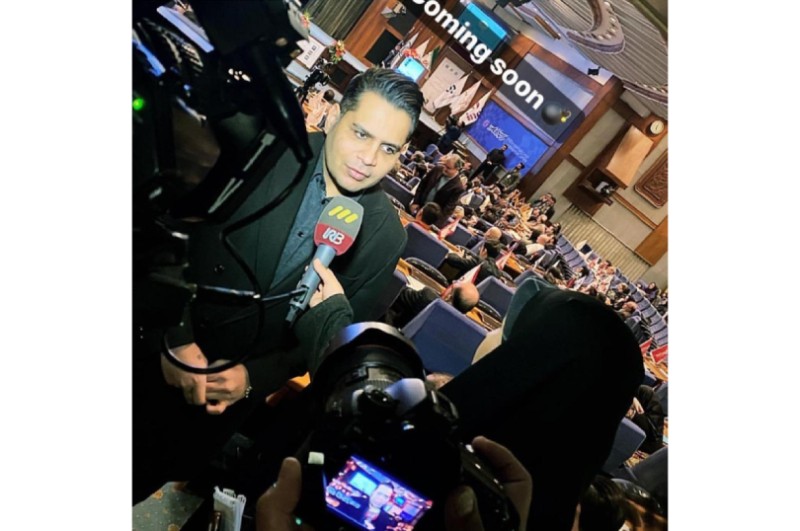 The 11th National Festival of Young Producers and Managers presented a plaque of appreciation and a statue of the festival to Hassan Ali Baghbanian, CEO of Tadbir Idea Pardazan 5040.

According to our correspondent; In the ceremony of the 11th National Festival of Young Producers and Managers and the 9th National Festival of Introducing ever-lasting names in Industry, Mining and Trade, dozens of creative managers, top entrepreneurs of the country have been appreciated along with the country’s macro policies to strengthen national production and encourage entering to international markets.

Regarding the holding of the National Festival of Young Producers and Managers, Baghbanian said: “Giving statues and appreciating the young managers of the country in various festivals will motivate them and encourage others to participate in this field.”

Regarding the activity of 5040 company, he added: “This company has started hiring disabled people who can do work since last year, and now the employment of these people has exceeded 500 people, and we hope that by the end of 2018 we can increase this number to 2500.”

Regarding the activity of 5040 company, he said: “This company has been working since 2000, but recently it has been seriously advertising its products in the country for about two years.”

Baghbanian said: “Currently, sales of 5040 products have exceeded eight million and almost all Iranians know and use the company’s products.”

Referring to the people’s attraction to 5040 products, he added: “One of the reasons for the success of this company, which has made people interested, is the availability to return the products, which customers can return after purchasing and consuming 5040 products if they are dissatisfied, and they will have their payment back.

Baghbanian, stating that 5040 auxiliary and cosmetic products are sold with a guarantee, said: “5040 was the first company in Iran to accept the products to be returned and so far, no company has been able to attract more customers.”